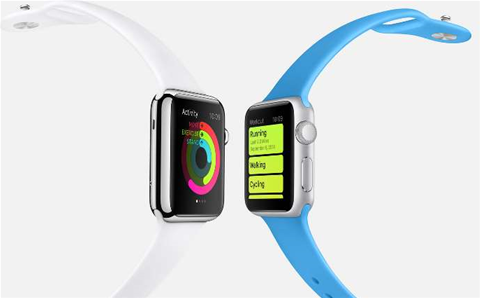 Plots use cases into next decade.

Health insurer Nib is running a proof-of-concept to improve its ability to extract claim information from photos of medical receipts submitted by customers through an app.

The PoC is one of a number either underway or completed by Nib as it explores how artificial intelligence might improve both its backend and customer-facing activities.

The insurance industry in general has been quick to find AI use cases, as evidenced by recent deployments by the likes of Suncorp, as well as iTnews’ recent study of the AI space.

But behind the scenes it is already pursuing a wide range of different use cases for AI, as long as there is demonstrable value to be had.

“We’re continuing to invest and look for opportunities but we’re not going to do it just for the sake of it,” chief information officer Brendan Mills told iTnews.

“Obviously we want some sort of efficiency gain at the end of it.”

The PoC to improve the application of optical character recognition (OCR) to medical receipts that are submitted via Nib’s smartphone app shows AI has the potential to make its mark on backend claims processing.

Mills is generally amenable to backend optimisations that could help improve the economics of operating in the health insurance space.

“You probably know the rough mechanics of how a health insurer works: for about every dollar you collect a large majority of it goes back in terms of the claims ratio; there’s a little bit of money there to run the business, which we call the management expense ratio; and then there’s a little bit of profit on top,” Mills said.

Tools that enable better fraud detection or were able to detect patterns in provider or customer behaviour were welcome, and Mills indicated Nib is already “doing some work in that space already".

“It’s probably not as productionised as what we have for chatbots,” he said.

“For instance, we still see a lot of manual claims submitted. Mostly now they’re in the form of a photo where people use our smartphone app to take a photo of the receipt or tax invoice [from a medical provider] and then submit that to us in the form of an image.”

While this presented a “great customer experience” by simplifying the claims process, the challenge remains in the technology used to extract data from those photos.

“Behind the scenes, an image has some challenges in terms of trying to OCR it,” Mills said.

“In my view, that technology probably never really hit the mark, but some of the more contemporary tools are probably going to overtake the older OCR-type applications.”

One of the challenges of using OCR is that it has to recognise and extract data from a wide variety of receipt types.

“When you look at the number of form types we get from providers, some receipts are handwritten on a receipt book bought from a newsagent, while others are formally typed straight off a patient management system,” Mills said. “We get all types.”

Nib is looking to improve the accuracy via a PoC of tools including the open source Tesseract for OCR, combined with some data and machine learning tools.

“We’re doing a piece of work using Tesseract and then trying to apply some machine learning algorithms to that to try and identify the data elements that we need to process the claim - such as provider number and address," Mills said.

“We’re then using other data to try and correlate the information to triangulate and make some sort of decision based on that.”

Other uses of AI are being targeted at Nib’s front-facing operations.

To date, the insurer’s production uses of AI have been its chatbots Frankie and Nibby.

Mills said it was a deliberate move by the company to base each chatbot around a different technology stack.

“We wanted to try to identify the nuances or different aspects of each platform,” he said. “We’re not too sure how that will play out down the track - whether they’ll converge [on a single stack] or we’ll keep them separate.”

It helped that the use cases for the chatbot were slightly different in each country.

In New Zealand, Frankie dispenses “brochure-ware type advice” to users, whereas in Australia, Nibby is able to “give some simple information back to customers about their everyday queries and then also try and get them as quickly as we can to the right online agent”.

That routing might be to a human agent, to the insurer’s customer portal, or just to information about the right number to call when the customer wants to talk.

“They may not want service right there and then, they may just want to know what number they call about going to hospital to understand the whole eligibility process,” Mills said.

Nibby is being trained by frontline employees from the company’s contact centre to ensure it correctly recognises and routes queries appropriately.

Ongoing enhancements to the chatbots included weeding out instances where an interaction leads to a “dead-end”.

“We’ve had [our staff] go in and look at where people are falling out of the process and where it hits a dead-end,” Mills said.

“We allow a step in the process or in the logic flow where we say ‘I just want to speak to a human’, so we want to spend a fair bit of time analysing [uses of that option] to understand why it happened.

“Was it because someone doesn’t want to talk to a chatbot or because we have a dead-end there and we actually went around in circles because we couldn’t actually answer the query?

“Quite often we’ll find it’s because the customer is talking about a claim type we hadn’t recognised in the utterances that might come through, so you embed that, run that through again and all of a sudden it’s not a dead-end anymore.

“It’s trying to make it the best customer experience we can make it.”

The next step is to expand the types of work Nibby is able to process.

Mills said he wants to “push some routine transactions” through the chatbot, offering customers a way to update their contact details or change their payment type.

“We’re really looking to get to the point where some of those can be done 24x7 straight-through without the need for a [contact centre] consultant,” he said.

“Yes, some of those functions you can also do online, but I guess the benefit of a chatbot is that it almost guides you through the process.”

He said the company had no intention of reducing contact centre staffing as a result of Nibby’s introduction.

Deeper levels of sophistication and data processing would be predicated on Nib being able to use a local instance of Lex - the AWS service that Nibby is mostly based upon - rather than the US-hosted version it currently uses.

“On the back of [a local instance of Lex] we’ll have a bit more comfort around some of the transactions passing through our shores as opposed to foreign shores, given the nature of some of the material and the sensitivity of what we’ll be transacting through there,” he said.

“That’s in the near horizon.”

Mills also sees digital sales as a “near horizon” opportunity for chatbot technology as well.

“We get a lot of inquiries around sale0,s so how can we create a sales experience by leveraging that chatbot?” he said.

“Ultimately, we will still have the ability to hand off [a sales inquiry] to a human, but we want to get to the point where we can have the [prospective customer] go through a sales flow, be provided with the information they need, and do a needs analysis as we go, all through a chatbot based on a number of factors.

“Questions like ‘Are you looking for hospital cover? Yes? Well here’s our hospital covers. Do you think you’d need more or less cover?’. This is pretty much what a consultant does when they take a call in the contact centre.”

Something Mills believes could materialise over the next decade for Nib is a use of AI in combination with the internet of things to play a role in proactive health management.

While he notes there are still “some legislative hurdles to be overcome”, he believes AI and sensor data could be used “to really drive better care outcomes”.

“There’s a whole space around IoT and using AI and sensors to provide better population health outcomes so we can intervene earlier using technology to gain insights that would ordinarily have been unaffordable or not cost effective to be able to monitor,” Mills said.

“We think there’s a whole raft of things in that space that will probably come of age in the 10-year horizon.

“There’s trials happening now and certainly people like Apple - who we’re in discussions with - have got a heavy play around how they manage health [with HealthKit] .

“We’re watching that with interest to work on where we might play a role as an insurer.”