Nexus One users get Android 2.2 update 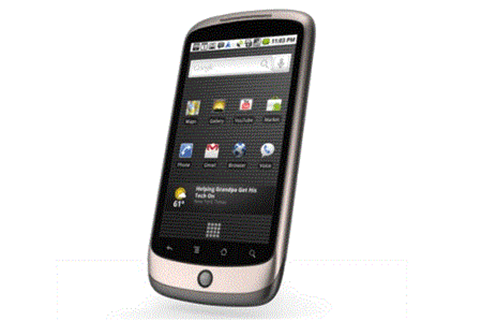 Nexus One users have begun receiving software updates upgrading them to the newest version of Google’s Android operating system, Android 2.2.

A news update on the Nexus One site revealed that over-the-air updates began last night, with users receiving a message on the phone's notification bar.

Android 2.2, codenamed Froyo, contains a series of improvements over earlier versions, including support for making the handset a portable hotspot and support for Adobe Flash within the browser, according to Google.

Browser performance has apparently been enhanced using the V8 engine, while Exchange support has also been improved.

Froyo features tips widgets designed to assist new users on how to configure the home screen with shortcuts and widgets and how to make use of multiple home screens.

Also included are dedicated shortcuts on the home screen, making it easier to access the phone, applications launcher and browser functions from any of the five home screen panels, said Google.

The update will be rolled out gradually to phones, with most users receiving the over-the-air notification by the end of the week.

Got a news tip for our journalists? Share it with us anonymously here.
Copyright ©v3.co.uk
Tags:
android hardware making nexus one receiving software support