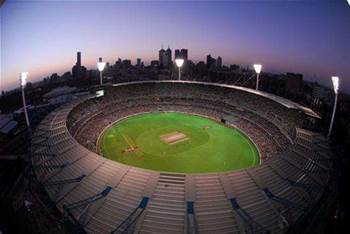 Leighton-owned Nextgen Networks has signed a deal with Premier Media Group, owner of FOX SPORTS, which will connect several key sports facilities around the nation to Nextgen's fibre network.

"It's essentially a collector network, taking the video content and bringing it to Pyrmont," Sykes said.

Nextgen refused to disclose the duration or dollar value of the deal - with Sykes only confirming it was "one of the bigger deals" the network provider had ever closed.

"This is a new customer to us and a major step for us," Sykes told iTnews. "We are moving into the high definition video network business, with Premier Media Group as our anchor customer. Hopefully we'll be able to take on more deals as we go."

Sykes said Australian business has a healthy appetite for fibre connectivity, regardless of the Federal Government's investment in a national broadband network (NBN).

"Our inter-capital network will have a long life regardless of any NBN," he said. "We already have our own NBN, so to speak, which is focused on connecting business, government and carrier customers. It is sharply targeted to data centres rather than homes, and in this case, to sporting venues. We will continue to take fibre out to customers who want to own and control their own network."

Sykes said a 1 Gbps link is "increasingly sought after" by Australian businesses as an upgrade from 100 Mbps.