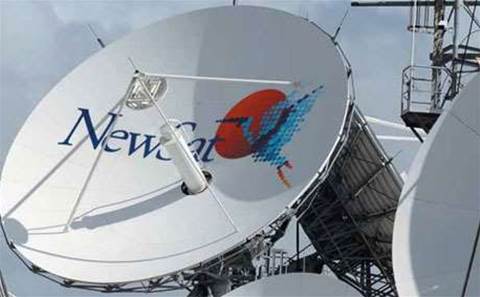 Listed satellite company NewSat has been asked by the Australian Stock Exchange to explain a sudden drop in the company's share price, following reports of a series of recent financial setbacks.

The company was asked last Thursday to reveal any material information that could explain why its share price had fallen from $0.26 to $0.19 on July 30.

He did reveal, however, that NewSat was in discussions with the financiers of its Jabiru-1 satellite over a waiver for "alleged technical or documentary breaches of financial facilities" around the drawing down of a loan from Ever Tycoon on June 12 this year.

The financial uncertainty has forced NewSat's Jabiru-1 satellite build project to be put on hold.

Once negotiations are complete, the financiers of the US$611 million satellite will permit the construction to go ahead, Hewins advised.

NewSat also expects the terms of the waiver for the breaches to include the requirement for a new chief financial officer, new independent directors, and certain other "corporate governance matters".

Three non-executive directors resigned from NewSat in June this year as the company sought to cut costs and slash management fees.

Jabiru-1 has a 15-year design life with a 5950kg maximum mass, and has an anticipated launch in the middle of next year from the Arianespace facility in Kourou, French Guiana.

It would provide a total of 8.3GHz capacity, with Ka and Ku-band transponders covering South and South East Asia, the Middle East and East Africa, with terrestrial gateways in Perth, Adelaide and Cyprus.

NewSat announced in July that it had won a US$11.7 million contract to provide video, voice and data services covering Australia, Papua New Guinea, Timor-Leste and the Solomons through its Jabiru-2.

Jabiru-2's planned June launch was set back to September after Australian telco Optus said it needed to reconfigure its Optus 10 satellite, which will be hoisted into orbit on the same Ariane 5 rocket.

The Jabiru-2 delay follows a loss of contracts with the US military as well as several core teleport services customers reducing their spending with the company, leading NewSat to announce an expected net loss of up to A$6 million in fiscal 2014.

NewSat was founded by Adrian Ballintine in 1987, together with Microsoft co-founder Paul Allen, and is Australia's first private satellite operator.