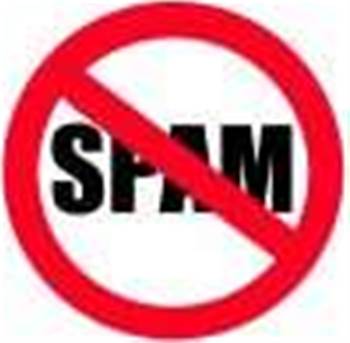 The US Federal Trade Commission (FTC) has shut down what it claims was the world's largest network of spammers.

The Federal Trade Commission (FTC) has shut down what it claims was the world's largest network of spammers.

The network had sent out billions of messages, according to the FTC which has received over three million complaints about the activities.

With spammers in Australia, New Zealand, China, India, Russia, Canada and the US, the group is estimated to have been responsible for up to a third of all junk email.

"The defendants used spam email to sell prescription drugs. They claimed that the medications came from a bona fide US-licensed pharmacy that dispenses FDA-approved generic versions of drugs such as Levitra, Avodart, Cialis, Propecia, Viagra, Lipitor, Celebrex and Zoloft," said the FTC.

"In fact, the defendants do not operate a US-licensed pharmacy. They sell drugs that are shipped from India."

The group also pushed a herbal male enhancement pill called VPXL. Adverts promised that it would increase potency but tests found it to be unsafe for some men as it may cause a fatal reduction in blood pressure.

The FTC already has a $2.2m judgement outstanding against Atkinson from a case in 2005 over a similar spamming incident.

Got a news tip for our journalists? Share it with us anonymously here.
Copyright ©v3.co.uk
Tags:
australiadownftcmajornetworksecurityshutsspam