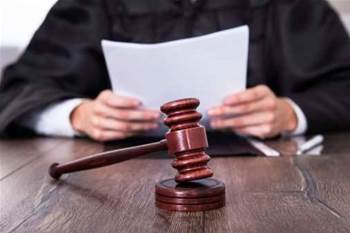 A bipartisan group of lawmakers in the US congress have asked the US Justice Department to clarify how a looming rule change relating to government surveillance powers could impact privacy rights of innocent internet users.

The change, due to take place on December 1, would allow judges to issue search warrants for remote access to computers located in any jurisdiction, potentially including foreign countries.

Magistrate judges in the US can normally only order searches within the jurisdiction of their court, which is typically limited to a few counties.

“We are concerned about the full scope of the new authority that would be provided to the Department of Justice,” 23 senators and representatives wrote to US attorney general Loretta Lynch.

The US supreme xourt in April approved amendments to Rule 41 of the federal rules of criminal procedure that would allow judges to issue warrants in cases when a suspect uses anonymising technology to conceal the location of his or her computer or for an investigation into a network of hacked or infected computers, such as a botnet.

Those amendments will take effect on December 1 of this year unless congress passes legislation that would reject, amend or postpone the changes.

Some lawmakers, led by Democratic senator Ron Wyden of Oregon, have introduced legislation that would halt the changes, but it has yet to gain much traction.

In their letter, the lawmakers asked how the government would prevent under the expanded rule so-called "forum shopping," where prosecutors seek warrants in districts considered more favourable to law enforcement.

They also asked how the Justice Department intends to notify users when electronic devices have been searched and whether law enforcement has the authority to disable malicious software on a protected device, including those belonging to innocent Americans, among other questions.

The Justice Department has worked on Rule 41 changes for years, arguing they are procedural in nature and necessary to keep pace with criminal threats posed by evolving technology.

Civil liberties groups and some technology companies, including Google, have said the changes could allow for searches that run afoul of privacy rights.

The Justice Department is reviewing the lawmakers' letter, which asked for a response within two weeks, spokesman Peter Carr said.