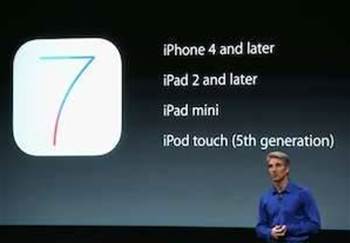 Network administrators are reporting huge increases in traffic and bandwidth use coinciding with Apple's release of iOS7. 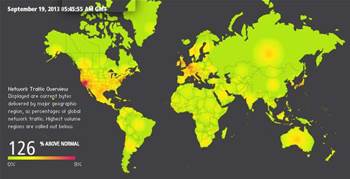 CloudFlare co-founder and CEO Matthew Prince tweeted that iOS7 traffic "is pushing up to 10 percent extra traffic on some of the major internet exchanges".

ISP iiNet told iTnews that traffic on its content networks had doubled since 3am today, producing a network diagram to show the difference in traffic volumes between yesterday and today. 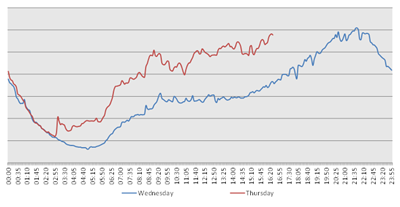 Init7, a Swiss operator of an international dual stack 10Gig MPLS backbone, reported seeing "about 110 Gbps more than normal" on the backbone, which it attributed to the iOS7 release. The firm called it "exceptionally high load".

The company also posted capacity diagrams (see below) taken from its own internal Akamai servers.

Schools were also expecting to have their networks hammered by students eager to make the download. One US college reported at one stage that half of all network traffic was "2189 iPhones grabbing iOS7".

Did your internet or corporate network feel the impact of iOS7 today?