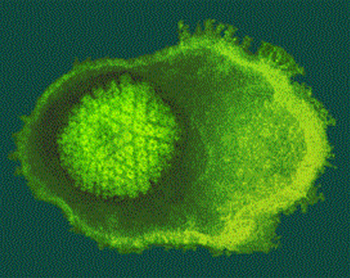 Netsky.q has been pushed off the top of the virus charts for the first time since 2004, according to monthly statistics released by Kaspersky Lab.

Netsky.q has been pushed off the top of the virus charts for the first time since 2004, according to monthly statistics released by Kaspersky Lab.

Netsky.q has been the most widespread email worm since 2004 and its variant Netsky.t has risen rapidly since the beginning of 2006.

However, both worms fell away sharply in June, with Netsky.q falling to 15th place and Netsky.t to 20th.

Kaspersky Lab said that it was possible that both worms will disappear entirely from the company's next top 20 list in July.

The other surprise in June was that Nyxem.e returned to the charts, becoming the second most encountered virus.

Nyxem.e is programmed to delete files on infected machines on the third day of every month, and has not appeared in the company's virus top 20 for a couple of months.

However, in the June ratings Nyxem.e accounted for just under 17 per cent of all viruses.

"Many contemporary worms reach their peak months after they first appear, and this could be the case with Nyxem.e which we first saw back in January," said Alexander Gostev, senior virus analyst for Kaspersky Lab.

"Similarly, this month there have been alerts for viruses such as Bagle.fy which haven't made it into the top 20 but may yet return in far greater numbers in the coming months."

Kaspersky said that the rise of Nyxem.e could not be blamed on the fall of the Netsky variants, because all Nyxem.e did was to push LovGate.w to third place.

"It is much more likely that several factors are to blame," said the Kaspersky report. "Three Mytob variants returned to the top 20, a new Mytob appeared, and the latest Netsky variant, Netsky.af, re-appeared in the top 20 this month."

Got a news tip for our journalists? Share it with us anonymously here.
Copyright ©v3.co.uk
Tags:
awayblownchartsinjunenetskysecurityvirus