Netregistry buys half of Reach Accounting 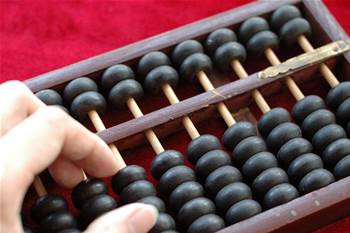 Chief executive Larry Bloch told iTnews that two-year subscriptions to the software-as-a-service product would be offered to all 250,000 of Netregistry's small business customers.

He hoped to have signed up 150,000 customers to the service in the first year.

The equity stake provided Netregistry with input into Reach's ongoing development, although Bloch said that Netregistry would not seek "to take control of Reach Accounting".

"The founders [of Reach] are in control of the business and ongoing development of the application," he said.

Bloch, however, wanted Reach to be tightly integrated with the suite of products that customers bought from Netregistry.

"What I mean by integration is if you have financial software in a cloud environment, what you're looking for is to have that integrated with your shopping cart so when you sell a product online, it pops up as a sale in your accounting suite," he said.

Bloch said that Netregistry had funded an "expected volume of uptake" of Reach among its customers for two years.

The future of Reach use beyond that two years was still up for debate.

Customers could be up for the standard Reach license fees of $25 a month, but equally Bloch said that he didn't "discount the possibility it will be free forever".

Bloch also speculated that Reach could form part of a suite of SaaS products offered by Netregistry in the future.

"We've deliberately left it relatively open as to how the model will be supported after two years," he said.

"But we have a very specific and detailed strategy on how to make this part of our product portfolio."

Bloch confirmed that as part of the deal, Reach had migrated its backend architecture into Netregistry-owned facilities.

Reach would also be able to take advantage of Netregistry's customer support infrastructure as it suddenly scaled up as a business.

Bloch said that he had considered a number of online accounting products over many years but settled on Reach because it was "simple" to use.

"I'm not a fan of overly complex software for small businesses," he said.