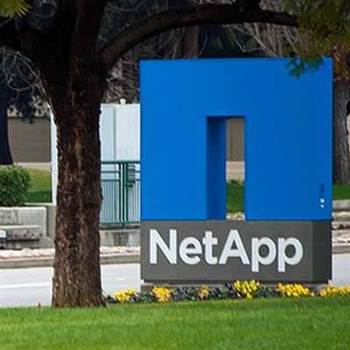 NetApp’s cloud services will start to appear in Australia from September 2018.

NetApp’s senior vice president and general manager of its cloud business unit Anthony Lye told iTnews the company is working with Microsoft, Google and AWS to introduce its services to Australia.

Work is under way, services will appear as of September and by February 2019 all the company’s services should be in place.

Microsoft recently revealed that it had commenced a preview of “Azure NetApp files”, a new cloud service that offers a cloudy version of NetApp’s flagship ONTAP product and allows NetApp users to create hybrid storage that spans on-prem and cloud.

Google also offers the product, but under the name “Google cloud volumes”. It’s also available in the AWS marketplace.

NetApp has competition from its partners: Microsoft recently announced a cloud NAS of its own, while both Google and AWS have plenty of other cloud storage options.

But Lye said the products are a sign NetApp is evolving beyond on-premises storage and has a future in the recurring revenue world of the cloud.

“I would rather be in the game innovating on the cloud than not,” Lye said. “If we don’t do this, we will die.”

But maybe it won’t die fast, or horribly: Lye said his business unit has a goal of reaching US$300m in revenue in the medium term. But NetApp yesterday reported Q1 2019 net revenues of US$1.47 billion, up 12 per cent year-on-year, with driven by product revenue of US$875 million up 20 per cent year-over-year.