NBN to finally give its PoI network redundancy 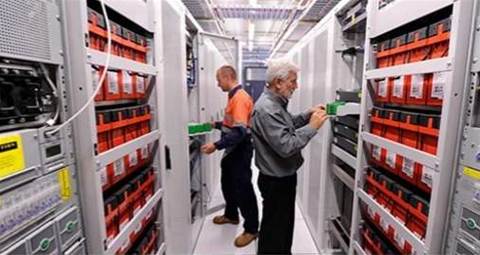 NBN will address long-held concerns over the resiliency of its 121 points of interconnect by introducing a redundancy capability in 2017.

The company’s latest integrated product roadmap reveals the existence of a ‘PoI redundancy’ project, which is described as a “capability to access the NBN network from alternate PoI site/infrastructure”.

At present, retail service providers (RSPs) may choose to run diverse backhaul connections between a PoI and their own network to combat the risk of their link to the PoI – and therefore to end users – going down.

However, diverse links to a single PoI would not help in the event of a failure of the PoI itself.

iTnews understands NBN will sell a new product to RSPs next year that reserves capacity in a nearby PoI that an RSP can call on should their primary PoI become inaccessible.

This would allow them to provide service continuity to customers in the event of a primary PoI outage.

It is understood NBN has previously looked at addressing the issue of PoI redundancy but has so far not acted on it.

It’s unclear what finally got the project over the line. An NBN spokesperson declined to comment to iTnews.

But the need for redundant telecommunications facilities has been demonstrated in recent years, notably by the Warrnambool exchange fire in 2012, which knocked out services to an entire region for up to 21 days.

RSPs would have access to the new redundancy service via their network to network interface (NNI). It’s unclear at present what, if any, additional cost they might incur by moving to a higher availability NNI service.

The issue of redundancy in NBN’s PoI design extends as far back as the initial debate over whether to run 14 or 121 PoIs.

Lindsay argued that 14 PoIs – two in each capital city – would be a more cost-effective way of ensuring PoI redundancy in the NBN network.

NBN’s former design chief Peter Ferris – credited as the architect of the original 14 PoI plan – was critical of the ACCC mandate for 121 PoIs, calling them “121 single points of failure” in a 2011 speech.