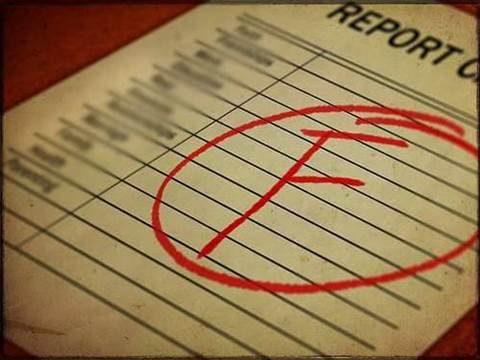 The Labor and Greens membership of the Senate Select Committee investigating the national broadband network has found NBN Co’s "deficient" and "manipulated" strategic review failed to provide a sufficient basis for the adoption of an alternative deployment path for the rollout.

An interim report released by the committee late today highlights concerns with the “accuracy and reliability” of NBN Co’s 132 page strategic review into the NBN, which was made public in December last year.

The strategic review based its cost predictions for both plans off a range of financial assumptions, which the Senate Select Committee today described as “unreliable” in all the scenarios it examined.

But the findings did not receive the support of the entire committee, which is made up of three Labor senators, three Liberal senators and one Greens senator.

The interim report was authored by committee chair and Labor senator Kate Lundy, and Greens senator Scott Ludlam. Colleagues Stephen Conroy and Lin Thorp round out the committee's Labor representatives.

The committee said it discovered irregularities and manipulations in the strategic review’s assumptions and conclusions around:

As such, they argued the report did not provide an adequate information resource for the Coalition to change the technology path of the NBN.

They similarly voiced “strong concerns” about the report’s assumptions underpinning the multi-technology mix.

Aside from a range of concerns it highlighted about the methods used to come up with figures for the MTM’s operating expenditure, financial model, service revenue and upgrade costs, the committee said the strategic review had not been approached with the same rigour as NBN Co’s previous corporate plans and had instead been completed in five weeks with no independent external oversight.

The committee recommended NBN Co submit a “transparent” revised strategic review which focuses only on an optimised FTTP rollout or a MTM based on FTTN and HFC costings derived from consultation with telcos and vendors.

It said the revised strategic review should be scrutinised by an independent advisor, and wants the NBN FTTP rollout to be continued and accelerated at the “maximum rate” and “free from political interference” while further analysis is undertaken.

The committee suggested NBN Co and Communications Minister Malcolm Turnbull be investigated to ascertain how the “radically different conclusions” evident in the strategic review compared to NBN Co’s 2013-16 plan were produced and signed off on.

In light of its concerns, the committee recommended it be given “ongoing and robust Parliamentary oversight” of the NBN, via the Senate amending the committee’s terms of reference.

The committee is currently set to release its final report on the NBN in June.

Coalition senators Anne Ruston, Dean Smith and committee deputy chair Zed Seselja did not support the interim report and instead provided a fierce rebuttal labelling it "grossly misleading and untruthful".

The senators said they were only given one hour to go over the report and its "self-serving recommendations" - which they said had arisen from "baffling and illogical conclusions" - before it was published.

"This can only have been to deliberately limit Government members' ability to respond to the falsehoods and self-serving distortions littered throughout the report," the Coalition members said in their contribution.

They said the commitee had degenerated into a highly politicised and at times "farcical face-saving exercise" where former Communications Minister Conroy had sought to "distort the history of the NBN".

They accused the Labor senators of having no interest in learning from the "systemic and material failures" of NBN Co under their governance, and said the responsibility for NBN's role as the "single largest destruction of value for taxpyers in the history of the Commonwealth" lay at the feet of Conroy.

"It is the sincere hope of Coalition senators that this Committee can more effectively focus its work and lift its standards of conduct going forward," they said.

"There are important questions for the Committee to examine – including those around how fast broadband can be delivered to Australians sooner, at lesser cost to Government and at prices which are affordable for consumers, and a separate set of questions about why the NBN project under Labor’s oversight failed so disastrously."