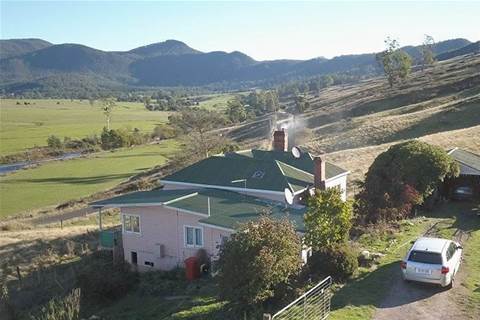 With one-quarter of all data unmetered.

Trial users of NBN Co’s Sky Muster Plus service had a quarter of their data use unmetered and averaged 43Mbps speeds, according to retail service provider SkyMesh.

The provider became the first to officially reveal outcomes of the trial as well as its retail prices and plans for Sky Muster Plus, which will be publicly available from August 9.

Sky Muster Plus is a 'premium' satellite service capable of bursting above 25Mbps and offering unmetered access to email, basic web browsing and some software updates.

Trials began in May and are ongoing, though SkyMesh is the first to reveal some of the trial experiences.

“Although our Sky Muster Plus test participants don’t form a representative sample of our whole customer base, here are the main takeaways from the trial so far,” SkyMesh said.

As first revealed by iTnews last month, however, the new service will come at a substantial price premium compared to standard Sky Muster services.

SkyMesh’s retail pricing for Sky Muster Plus gives some indication of what impact price hikes by NBN Co at the wholesale level will have when the flow through to the end user.

The entry-level Sky Muster Plus service costs $45 a month wholesale and includes 100GB of quota split between peak and off-peak periods, plus the unmetered traffic.

By way of comparison, an entry-level regular Sky Muster plan on SkyMesh starts at $39.95 a month. One with equivalent data inclusions (but slower speeds) is still under $60 a month.

There are two other tiers of Sky Muster Plus.

Other retail service providers for Sky Muster are yet to reveal their Sky Muster Plus plans, so it is unclear how much competition there might be around retail pricing.

SkyMesh noted that a new fair use policy will apply to commercial Sky Muster Plus services.

“There are certain restrictions on the service including unmetered content,” SkyMesh said.

“For example, a service must not exceed its data allowance by more than 30GB and must not be used to routinely transfer emails more than 20MB in size.”