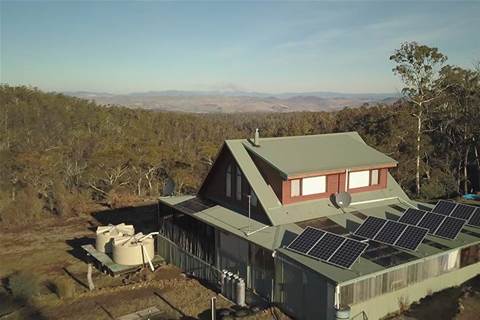 As trials begin this month.

NBN Co is set to make its Sky Muster Plus satellite service - capable of bursting above 25Mbps - generally available in July following commercial trials that start this month.

Retail service provider SkyMesh disclosed the new timing for the service in a blog post yesterday. NBN Co had earlier suggested launching the service as early as May.

In addition to offering users the prospect of faster satellite speeds, one of the other key selling points for Sky Muster Plus is that it unmeters some types of traffic, including email, web browsing and some software updates.

Over the past couple of weeks, several retail service providers (RSPs) have come forward with trials of Sky Muster Plus.

SkyMesh said it had invited customers to participate in a planned month-long trial of Sky Muster Plus.

“We received a high volume of interest but, unfortunately, there’s a limited number of test services available,” the company said.

“These services will be provided on a first-in-first-served basis.”

Harbour ISP said on Sunday that it is “looking for 10 customers running businesses from home interested in trialling Sky Muster Plus.”

“It will be a six week trial, starting 7 June, and [we want customers] willing to participate in surveys with NBN Co,” Harbour ISP said.

RSP Clear also indicated it is “taking a limited number of Sky Muster Plus customers for a trial period”, adding that NBN Co is limiting trial numbers to “30-50” users, though it was not immediately clear if this is overall or just a quota for Clear’s trial.

Likewise, it isn’t yet clear exactly how Sky Muster Plus will be sold and at what price points, though SkyMesh indicated this information is likely to be revealed next month.

“NBN Co expects to release three standard plans with differing data allowances. Other plan features, such as speed tier, speed limiting and off-peak hours are expected to be the same for all plans,” the RSP said.

“Our pricing will be published before NBN Co makes Sky Muster Plus generally available in July 2019.”

SkyMesh indicated that additional enhancements were planned for Sky Muster Plus post go-live, including the availability of data blocks - essentially extra parcels of quota for regular metered traffic, as is presently offered for standard Sky Muster services.

More types of traffic could also wind up being unmetered in the future, including that tied to education or health applications, as well as to community wi-fi services, though no timelines were set for this.