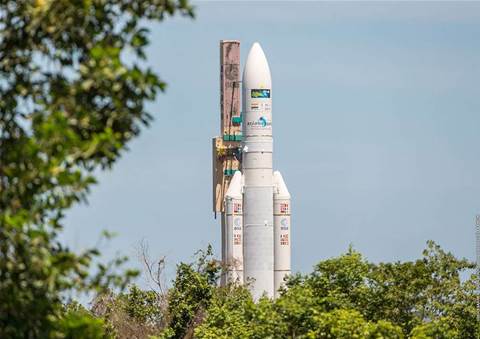 Sky Muster II rescheduled to blast off within two days.

The launch of NBN Co's second Sky Muster satellite has been delayed following high winds above its launch site at the French Guiana Space Centre in South America.

Sky Muster II had been scheduled to blast off into orbit at 7:30am this morning.

But a "high-altitude wind direction" at the site has forced the network builder to delay the launch plans for as much as 48 hours.

NBN Co is yet to confirm a new launch time for the satellite.

When it settles into its orbital location above Australia, Sky Muster II will circle the Earth at an altitude of 36,000km and travel at speeds of up to 28,000 km/h.

The satellite will connect to 24 dishes at 10 ground stations across mainland Australia and five surrounding islands.

Sky Muster II will be the second and final NBN satellite to launch into space. The first satellite took off last October and started providing services to end users in April.

Combined, the two satellites will provide long-term satellite service (LTSS) access to the NBN for 400,000 premises.