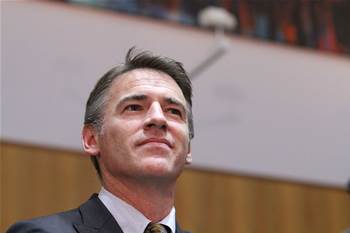 Oakeshott warns latest report may be its last.

Independent MP Rob Oakeshott has warned that the latest oversight report of the National Broadband Network may be the last, as the NBN joint committee struggles to transcend party politics.

In a stinging forward to the fourth report, released today by the Joint Committee on the National Broadband Network, Oakeshott slammed both major parties for being apparently unwilling to focus on the oversight task at hand.

"I am not confident that the focus of the committee is an oversight of the existing build under the existing shareholder ministers arrangements," he said.

"Instead, I think the committee has become somewhat stuck on a policy dispute between different build options, and will only deepen divisions on this in the pre-election period.

"Despite the opportunities to report and provide oversight on a number of important aspects of the current [NBN] rollout, there is every chance the next report [due in July or August] will be nothing more than a compendium of political statements and election promises.

"If this is all we can produce, I could write it now, and it makes the entire committee process worthless and waste of time for all involved".

Oakeshott said he hoped the joint committee members would prove him wrong.

The fourth report arrived later than planned, only just sneaking inside the required reporting date. Oakeshott blamed the late arrival on 'several months of disagreement' between committee members on 'basic points'.

He said staff of the committee secretariat, who compile the report, were at times "unfairly caught in the middle of party politics", paying tribute to their ability to produce a result in the political climate.

Oakeshott's point was illustrated by the Government's immediate reaction to the report, with Communications Minister Stephen Conroy latching onto Coalition comments in a dissenting appendix.

The Coalition recommended that the "NBN Co and its board ... be clearly mindful of a possibility of a change of Government and the need to alter contracts down the contract.

"The NBN Co and its board should ensure suitable flexibility is written into the terms of future contracts," the dissenting report stated.

"If this is not possible, then the likely costs of changing and lengthening contract terms need to be weighed against perceived benefits".

Conroy argued this was proof that "the Coalition will demolish the NBN if elected", issuing a statement that blasted the Opposition and talked up Labor and its policy position.

He did not provide comment on the contents of the fourth report.

The committee recommended that NBN rollout results be presented alongside corporate plan targets, that NBN figures be accompanied by better explanations and audited financials, and that the figures be given to the committee far earlier than as is currently practised.