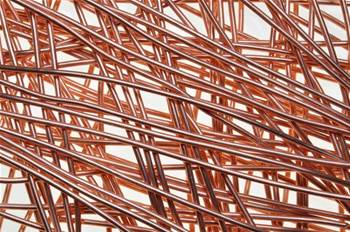 The national broadband network builder is expecting to be hit with a massive bill of $641 million to repair sections of the copper network it bought from Telstra, leaked documents show.

The figure is as much as ten times what the NBN had expected repairing the copper network - which it acquired from Telstra for $11.2 billion - to cost.

The federal government's strategic review of the NBN put the cost of remediating the copper at $2685 per node, but the leaked documents, sighted by iTnews, reveal NBN expects this will in reality sit at $26,115 per node.

The total cost to repair degraded copper connections will come in at $641 million for the 24,544 nodes NBN is scheduled to build before 2019.

The copper network forms the basis for the Coalition's favoured fibre-to-the-node technology. Most of the national network - 38 percent - will be connected by FTTN when the rollout is complete.

NBN warned in the internal documents that end user speeds on the network could suffer if the copper wasn't properly remediated.

“[The] state of the copper network is considerably worse than expected, leading to extensive work beyond the node,” the documents state.

They reveal NBN expects the task of fixing the copper network to be bigger and take longer than expected.

NBN said the costs related to the FTTN network had been included in corporate plan released in August.

The plan revealed construction costs to the network would likely balloon out to as much as $56 billion, compared to the original $41 billion estimate.

"Risks and mitigation plans for the network are outlined in the corporate plan, and the revised peak funding figure takes these scenarios into account," the company said in a statement.

"We have produced a peak funding range and provided a contingency, as prudent measures to manage a project of this size and complexity."

Leaked documents last week also revealed NBN was considering overbuilding the Optus HFC cable it purchased for $800 million due to its degraded state.

"In the private sector, you would be sacked for this sort of incompetence," Clare said.

"Malcolm Turnbull’s management of the NBN can now only be described as a debacle."

Updated to include NBN's comments