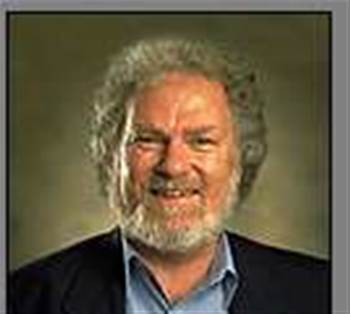 Professor Reginald Coutts says the Government's U-turn on the National Broadband Network is very much in the spirit of the recommendations the expert panel made in its report.

Coutts, a Professor at the University of Adelaide and one of six expert panelists for the National Broadband Network (NBN), co-authored a report on the NBN tender that the Federal Government has repressed since making the decision to build its own network.

The suppression of the report sparked claims that the Government's new policy deviates significantly from the expert panel's recommendations.

But Coutts told iTnews the Government's NBN policy is "consistent with what we as a panel recommended."

"There's nothing that is inconsistent with what the panel suggested," he said.

Coutts revealed the panel felt none of the tenders submitted to the Government were good enough within a month of receiving them in November. "[It was] over Christmas and into the first part of January," he said.

He said Ruddstra is a far better option than what was proposed under the Government's initial tender process, which he described as "weird".

But he feels the tender was still necessary, if only to formulate a better strategy.

"People put substantial effort into the proposals and there was some good stuff in there," he said. "It was really instrumental [to] get proposals from quite different parties. That helped the genesis of us saying that it had to be a much bigger game-changing decision than was previously envisaged."

The global financial crisis, he said, forced the Government to make a bolder decision than the original 12 Mbps plan.

"Governments, it doesn't matter who they are, they tend to make incremental decisions, they're not into brave decisions," he said. "The financial crisis meant you really needed the policy vision. It wasn't just about how things are going to look in the papers; it had to be a decision that recognised that this is a key change needed in the industry worldwide, not just in Australia."

Coutts laughed off suggestions by the Federal Opposition that the NBN Expert Panel's report is being suppressed by the Government to hide disharmony between panelists.

Opposition leader Malcolm Turnbull suggests that Treasury head and fellow expert panelist Ken Henry would never have agreed with the option of the Federal Government spending $42 billion on building its own network.

"Ken Henry was part of the panel and he was basically, by the end of it, on the same page as all of us," Coutts said. "He was a key person on the panel because he didn't have a background in telecoms, the whole regulatory thing, or the technology, but that's why you have a panel with such a variation of backgrounds."

Coutts also disputes the opposition's argument that the Rudd Government has abandoned its promise to serve 98 per cent of the market by building FttH (Fibre to the Home) to 90 per cent of the population and wireless technologies to the remaining 10 per cent.

He believes speeds of 12 Mbps are possible over current satellite technology.

"Third generation satellites operating in the KA band can offer in excess of 12 Mbps," he explains.

He says Australia has to re-invest in satellite technology, despite past failures.

"Australia has not been well served by satellite compared to Europe and the US. We as a nation did some silly things in the eighties and never really made, again, bold decisions. We're in a country and a region that should be exploiting the capabilities that satellite offers. You need a bold government decision to be able to do that. There is a lot of education needed because satellite has a pretty bad reputation so to speak from a service point of view."

The Opposition has said that it will continue to demand the NBN expert panel report be released, whether it be through moving a motion or in the Senate.

But the Department of Broadband, Communications and the Digital Economy told iTnews it is unwilling to release it.

"The remainder of the Expert Panel's report contains confidential commercial information so will not be released," the Department said when requested for a comment.

"The Minister has asked the Department to ascertain whether or not there may be aspects of the ACCC report suitable for release."