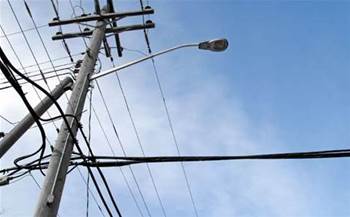 The figures were released during a briefing on the company’s latest corporate plan, which was published today.

NBN Co froze HFC sales between December 11 last year and late April this year. About 1.38 million premises were impacted at the height of the pause.

“The HFC optimisation or the additional work we did is an incremental capital expenditure of $200 million,” CEO Stephen Rue said.

“In terms of the impact on the plan, the impact of the pause is a deferral of revenue into future years of $700 million … within the peak funding period due to deferred activations.

“I want to emphasize the short term nature of this impact. We continue to forecast annual revenues of more than $5 billion per annum from FY21 onwards.”

The HFC pause was one of the key reasons that the total NBN build cost blew out to $51 billion, with over one million premises that were due to be made ready for service in FY19 now pushed back.

Earlier this year, NBN Co recorded a $145 increase in the cost per premises (CPP) of deploying HFC, the first indication of how much remediating parts of the network - mostly through expensive node splits - was costing.

However, NBN Co is now forecasting that the HFC cost per premises will rise again.

“The weighted average CPP is forecast to increase to $2500 by the end of the build and reflects further network optimisation and node works to deliver a higher level of network quality,” the company said in today’s corporate plan.

NBN Co is hoping to cap its node splitting costs by bringing forward the deployment of DOCSIS 3.1 technology on the HFC network.

The direct cost of the HFC pause to NBN Co adds to that experienced by its ecosystem partners, including Telstra which suffered a $735 million hit (above the $700 million it had initially forecast).

While its ecosystem partners counted the cost, NBN Co repeatedly declined to reveal the economic hit it had taken as a result of the freeze, consistently saying it would only do so today once the corporate plan was released.