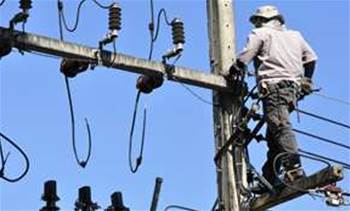 NBN Co is yet to reach permanent agreements with two out of three NSW state-owned electricity distributors for access to power pole infrastructure to deploy aerial fibre cables.

The network builder has been negotiating access to the pole infrastructure for nearly two-and-a-half years.

Price is believed to be a major factor in the protracted negotiations, with the NSW Government — which initially bargained on the utilities' behalf — reportedly seeking "almost six times as much" as other states.

The NSW electricity distribution network is operated at a regional level by Ausgrid, Essential Energy and Endeavour Energy, which are all state-owned.

Since October last year, NBN Co has exercised Schedule 3 powers in the Telecommunications Act to get access to poles in order to continue aerial deployments of fibre in NSW.

In November 2012, it emerged that "preliminary agreements" had been struck with Endeavour Energy and Essential Energy for pole access in Armidale, Coffs Harbour, Kiama and Riverstone.

However, those agreements were set to expire in February 2013, and it is unclear in all cases whether they have been renewed, extended, or superseded by permanent pole access agreements.

At least one of the two utilities with preliminary agreements is yet to strike a permanent deal.

"Endeavour Energy is in commercial discussions with NBN [Co] and at this time we have not reached an agreement," a spokesperson told iTnews.

A spokesperson for Essential Energy did not address the question of whether a permanent pole access agreement had been brokered, referring the questions back to the NSW Government.

A NSW Government spokesperson said it had "been mutually agreed that the NBN [Co] will negotiate directly with the utilities".

Further clarification is being sought on Essential Energy's negotiating position.

NBN Co is understood to have never had a preliminary or permanent agreement with the other main distribution player, Ausgrid.

The NSW Govermment spokesperson said: "it is understood that Ausgrid is currently working with NBN on this issue."

An Ausgrid spokesperson similarly said that "discussions are continuing".

Comment was sought from an NBN Co spokesperson but was not received by the time of publication.