NBN Co wholesale prices to start at $24 a month 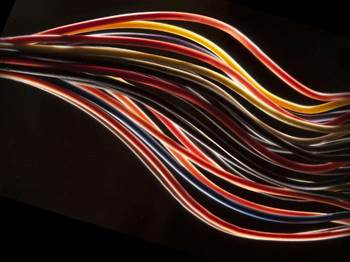 The long wait for detail about the National Broadband Network has broken, architect NBN Co revealing that uniform national wholesale prices will start at $24 a month for a basic service at 12 Mbps down and 1 Mbps up.

The $24 a month did not include GST, nor an additional charge – estimated to be about $1 a month – to pay for “shared resources between their premises and the point of interconnection with the NBN."

The Government-owned company did not detail wireless and satellite service prices beyond the basic 12/1 Mbps service. It said that other flavours of the wireless service – 12/2 Mbps and 12/4 Mbps – were "under review".

The business plan also revealed for the first time how much NBN Co will charge for additional capacity that can be used for higher traffic classes than "bursty internet".

The basic wholesale price for a 12/1 Mbps service across all access technologies – fibre, wireless and satellite - was $24 a month, excluding GST.

Wholesale prices were expected to decline in real and nominal terms over the long-term, according to Prime Minister Julia Gillard.

Communications Minister Stephen Conroy said the product prices were "comparable" to ADSL2+ costs today but for a "better product".

The NBN Co business plan also showed the price of add-ons that would guarantee committed information rates for traffic classes 1-3 – which will prove to be of importance for business users.

For class 1 quality voice, committed symmetric speeds of 0.15 Mbps could be added to the basic class 4 service by a retail service provider for a monthly recurring charge of $10.

Class 2 capacity (multimedia video) could be purchased by retail service providers at $32 a month for committed symmetrical speeds of 5 Mbps, or up to 40 Mbps for $256 a month.

And class 3 capacity – designated for "transactional business data" – was priced from $48 up to $380 extra a month for committed symmetric speeds between 10 and 100 Mbps.

"Downstream and upstream capacity increments from 100Mbps to 1,000Mbps are only offered as symmetrical speed combinations and are targeted at businesses requiring Wide Area Network (WAN) or point-to-point, high-capacity links," NBN Co said.

"Further details will be released during 2011."

NBN Co's business plan also revealed that retail service providers would pay around $1 per month to pay "for the shared resource between the premises and the point of interconnect".

The network builder called it a connectivity virtual circuit (CVC), which it described as an "aggregation point where access seekers can choose to contend their traffic to create differentiation".

"The CVC is purchased based on the bandwidth required to service the total amount of end-users being aggregated across the link," NBN Co said.

"It is priced initially at $20 per Mbps, adding approximately less than $1 per average end user for a 12/1 Mbps service with current average data usage."

NBN Co said it envisaged selling the capacity in "fixed-size blocks" that would drop in price to $8.75 by 2025.

NBN Co has previously stated that service providers – such as ISPs – would be able to "reach any customers in any region, using any of the three technology platforms [fibre, satellite, fixed wireless]... from the same network interface (NNI)."

The company revealed today both non-recurring and recurring monthly charges for the NNI in 1Gbps or 10Gbps port increments.

There were also two range types – short and long haul. The latter allowed for distances up to 40 kilometres "between the point of interconnection and the Access Seeker's point of presence", NBN Co said.

Service providers wishing to multicast services – such as IPTV – faced additional wholesale charges of $5 a month for each user and a "domain charge" of $2.50 a month per 1 Mbps.

ISP Internode's managing director Simon Hackett said that the ex GST wholesale-only costs released today did not include the cost to ISPs of reaching NBN Co's 120 points of interconnect.

"Nor does it include the costs to supply and support a full end-to-end Internet service on top of those tail circuits.

“Accordingly, it may take some time, now that the pricing from NBNCo has been released, for Internode (and others) to formulate retail pricing to apply on the commercial NBN from the point at which First Release sites go online in mid-2011," he said.

A 25/5 Mbps service with a 200 GB cap would have an estimated retail cost of between $62 and $68 a month, assuming users downloaded only 40 GB of data on average.

Opposition leader Tony Abbott criticised the projections because they were "not materially different from many ADSL2+ plans currently in the market".