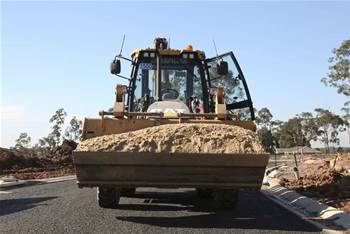 The trial, to run until the end of September, would be followed by the activation of full commercial services in the first greenfields estates in October.

NBN Co said yesterday it had extended the scope of a trial agreement used for ISPs in mainland first release sites to encompass greenfields builds.

The ISPs would run off the trial agreement terms in August and September before shifting across to NBN Co's wholesale broadband agreement (WBA) - the definitive contract to be signed by service providers on the network - in October.

The WBA set out wholesale pricing and access arrangements with charges of accessing the network to be billed from 1 October.

Although it was expected to be finalised in July, NBN Co's senior manager of products Stephen Wright told iTnews that the company felt the time between the conclusion of the WBA and the start of greenfields trials left service providers in those estates without the proper time to consider the contract - hence the interim contract arrangement.

He said NBN Co was yet to experience a backlog in on-boarding providers and would not limit the number it qualified in coming months.

Service providers already on-boarded would not require a separate process for greenfields.

NBN Co expected to pass 30,000 greenfield premises in the next six months, with 1,600 developer applications received to date.

This would be elevated by a further 415,000 premises marked within growth corridors across the country over the next four years, and a total 1.9 million greenfield homes for development over the next decade.

Greenfield properties in the short term would be served by four interim points of interconnect (PoIs) in Sydney, Brisbane, Melbourne and Adelaide.

A fifth interim point for Perth was still under negotiation, with greenfield properties and second release mainland sites in the state likely to be serviced from the Adelaide PoI.

The interim PoIs would ultimately be folded into or replaced by the 121 PoIs expected to service the completed NBN.

He said the 121 point plan had "diluted" NBN Co's ability to include redundancy which would have been provided under the company's previously preferred 14-point plan, which had two PoIs in each major capital city.

NBN Co addressed greenfield access seekers in Sydney a day after iTnews revealed that an agreement had been reached between NBN Co and Telstra over the ownership of pit-and-pipe infrastructure at some properties.

The dispute was holding up the deployment of conduit in some estates, which would have delayed fibre rollout by the NBN's subcontractors.

"That way we can actually better deploy, manage and provide maintenance for the network," he said.