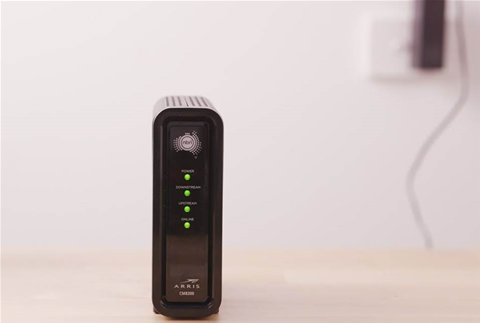 After pausing launch plans in 2017.

NBN Co is set to revive a self-installation option for the internal ‘NBN connection box’ in the HFC footprint, with up to a quarter of premises anticipated to be eligible.

NBN Co already allows some fibre-to-the-curb (FTTC) users to self-install the NBN Co-supplied connection box (or NCD), provided they meet certain conditions - denoted by the “service class” for that premises.

The company had flagged a similar self-installation option for HFC users back in 2017, but a spokesperson told iTnews the “HFC self-install launch was paused in 2017 to allow us to further refine and build the process to maximise success for self-installations.”

In the meantime, NBN Co said in its most recent corporate plan that the cost-per-premises for HFC is rising in part due to “the reduced number of self-install connections anticipated.”

With the majority of HFC connections in metro areas, where the NBN build is now largely concentrated, NBN Co is now ready to revive self-installation.

Presently, an NBN technician is required to do the work both outside and inside the premises.

“The initial test phase for self-install will be on a subset of eligible self-install services within the HFC footprint,” an NBN Co spokesperson said.

“The self-install for HFC is anticipated to be available to between 20-25 percent of premises that meet the necessary eligibility criteria for a self-install.”

Under the trial presently underway, NBN Co is offering its retail service providers (RSPs) a $26 rebate to deal with the logistics of getting NBN connection boxes to self-installation approved users.

“The contribution from NBN Co is intended to cover costs such as postage, logistics and operational overhead in managing the self-installation,” NBN Co’s spokesperson said.

“This is similar to the contribution implemented for the FTTC self-install.

“The rebate can be used at the discretion of the RSP for any HFC RSP-managed self-install.”

The rebate is payable whether the self-installation is successful or not.

In instances where self-installation is unsuccessful, NBN Co will still have to perform a truck roll to resolve the problems encountered by the RSP and end user.