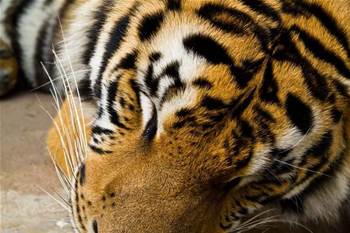 NBN Co plans to open a round-the-clock network surveillance operations centre in Melbourne at the end of April that will house three tiers of network support including a specialist tactical response unit.

Staff will unofficially start moving into the NSOC at Docklands as early as next month after a facility build time of less than a year.

The NSOC will be supported by back-up centres being constructed in "another part of Melbourne and in a part of the greater Sydney metropolitan area" that will spring into action if Docklands suffers an outage or is evacuated, according to NBN Co's network and service operations general manager Kevin Saunders.

Most staff in the NSOC will be attached to a Tier 1 (first-level) customer operations team or a network surveillance and control team, although some technicians will also make up a specialist Tier 3 unit.

"All the access seeker inquiries and concerns, whether via B2B [interfaces], email or phone, will come in through that [Tier 1 customer operations] funnel," Saunders said.

"They're a service desk that is skilled up to address about 97 percent of all faults."

Saunders said the network surveillance and control team, meanwhile, would monitor "every alarm and notification that comes up out of the network."

He said that alarm rules would be built into NBN Co's operations support systems (OSS) and that systems would be "as automated as possible" to cut down the time taken to conduct a root-cause analysis of any issues occurring in the network.

The team would also be tasked with managing and accepting changes or bringing new parts of the network into operation.

The third team to be housed in the NSOC is network support – made up of Tier 3 "subject matter experts" on the NBN.

Part of their role is the integration of "disparate parts of the network" before those pieces can be accepted into general operation.

Within network support will also live the "specialist tiger team" – a crack unit of NBN Co operations workers and engineers, and vendor representatives from Alcatel-Lucent and Nokia-Siemens Networks where they are required.

The tiger team will be tasked with resolving cross-boundary and other interconnection issues that impact the quality of internet services experienced by an end user. These could feasibly be caused by bottlenecks outside of the immediate NBN network - such as on retail service providers or other access seekers' networks.

"The carriers' bane is they don't want to reject a fault – they want to resolve a fault, but they can only do that for faults inside their network," NBN Co's head of network operations Steve Christian told iTnews.

Christian said that factors outside the boundary of the NBN – for example, the contention ratio used by an access seeker or RSP – could be behind customer reports that their "network is slow".

"You have to have the tools, test equipment and processes in place to identify that," he said.

The tiger team will also be tasked with "assisting access seekers with products", according to Saunders.

"We've already come across this in Tasmania where we had all the access seekers around a table trying to work out the best way to service a customer," Saunders said.