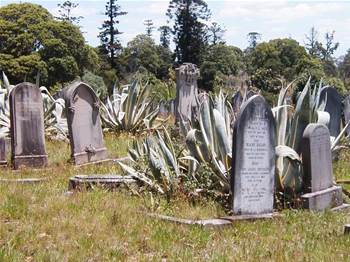 Part of Sydney's largest cemetery is set to be included in the National Broadband Network fibre footprint as part of the first cable rollout to Lidcombe in coming months.

At least half of the Rookwood Necropolis - the largest of its kind in the southern hemisphere - features prominently in NBN Co's first indicative map for the area, released yesterday.

The map is one of several released in recent months to show where fibre is likely to be rolled out in 28 new areas announced in October.

Some 8800 premises in the south-west suburb of Lidcombe is slated to receive fibre under the one-year rollout plan, but the map only indicates where the first fibre module, covering approximately 3000 premises, will be installed.

An NBN Co spokeswoman confirmed that a portion of the cemetery, which covers a total 300 hectares, would be included in the first stage rollout based on "desktop research" collating geographic and existing Telstra exchange plant data. 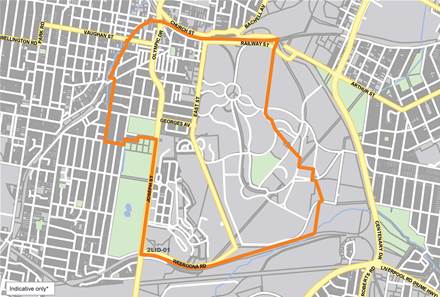 As a result, any administrative buildings on the cemetery and included in the fibre footprint would receive connections to the network.

"Our understanding is that everything in the fibre footprint will be served by fibre," the spokeswoman told iTnews.

"If they are located off the street and within the coverage area, they can still be connected up to fibre."

Publication of the map, initially due for December, marks the transition of construction duties from NBN Co to contractor Silcar. NBN Co expects construction at each site to take approximately 12 months.

As well as covering the cemetery, the map indicates fibre will be first rolled out to a small shopping district in the suburb, medium-density housing and University of Sydney's Cumberland campus.

The map also appears to overlap with Lidcombe's Botanica housing development, a portion of which was already slated to receive fibre connections under NBN Co's new developments program, separately managed by Fujitsu.

The first stage rollout in Lidcombe will coincide will construction of one of 121 permanent points of interconnect to be housed in the local Telstra exchange.