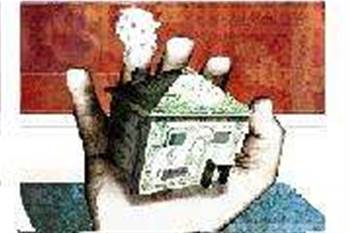 NBN Co plans to educate builders and sparkies on the internal wiring of new homes with two "specialists" to be employed to provide consultative support to the industry.

Greenfields director at NBN Co Archie Wilson told iTnews that the company would hire two people initially to work with the Master Builders Association, Housing Industry Association and others to "educate builders and electricians on how to wire for fibre-ready homes".

"The Commonwealth is looking at building codes in conjunction with state governments, but it is early days yet," Wilson said.

"We decided to get out there and move things forward through education programs."

Internal wiring using either Cat5 or Cat6 cable has always been put forward as a more appropriate way of allowing new homeowners to benefit from an NBN connection.

The implementation study prepared by McKinsey and KPMG noted last year that the internet "speeds that can be realised by an end user are affected by the medium over which data is transferred from the ONT or residential gateway to other devices in the home".

"If low-grade copper wiring is installed in a house in the fibre footprint, the performance the home is able to access will be constrained," the implementation study read.

"The national FTTP design standards include a requirement, to come into effect after a sufficient notice period, that internal wiring installed in all new premises be of a standard that allows high-speed data transfer".

A less expensive alternative was to buy a wireless router that could be plugged into the ONT "to support several computers and WiFi-capable devices throughout the premises".

"Current prices for basic routers or wireless routers are approximately $100," the study noted.

Home wiring has been a subject of some controversy for NBN Co, although not necessarily for new houses.

NBN Co was forced to fight a public relations battle over the cost of rewiring existing homes last year after a report by The Australian pegged the costs at up to $400 a room.

The focus on new homes comes after NBN Co assumed responsibility for installing street fibre in all new housing estates over 100 premises on January 1.