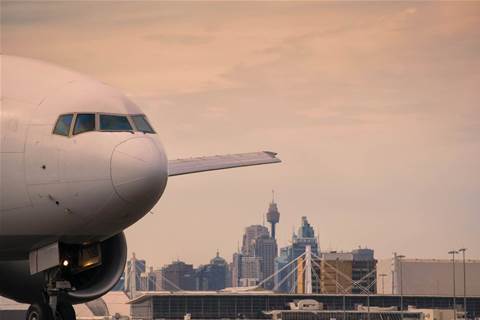 Reveals more about complex premises that won’t be ready by June.

NBN Co is now deploying infrastructure to three airports - Canberra, Melbourne and Sydney - and negotiating site access to a fourth in Brisbane as part of its work connecting up more complex premises to the network.

Executives told a senate estimates hearing on Tuesday night that domestic and international airports were among 100,000 premises where the build was so complex that works would continue after the completion of the “volume rollout” in mid-2020.

“We’re still having negotiations with Brisbane Airport - we haven’t started construction on that airport.”

Dyer said that NBN Co was unable to use land access powers contained in federal telecommunications laws to complete the airport works.

“We very much need to work in collaboration with the airports to construct to those premises,” she said.

CEO Stephen Rue said in his opening statement that around 4500 premises “in the heart of Parramatta” in Sydney’s west were roughly in the same boat, with work in the area subject to NBN Co securing an Aboriginal Heritage Impact Permit (AHIP).

The City of Parramatta council notes that its geographic area has “places and items that are important to the local Aboriginal community or Aboriginal people of NSW. These are places or objects that people have a connection to, both physically and spiritually.”

“We need to step through the required controls and approvals and adopt the correct culturally-sensitive approach to the design and construction of NBN infrastructure,” Rue said.

“We simply can’t complete the build before June. These are complex and sensitive sites and really can’t be rushed.”

Last night’s hearings were more animated than usual as NBN Co was quizzed on missed annual revenue and activation targets laid out in successive corporate plans.

The line of questioning led to political sparring between Labor and Coalition representatives.

Rue, however, said that individual “line item” misses were less important than whether or not the company would meet its overall objectives.

Additionally, he said, NBN Co had set aside several billion dollars in contingency funding that it could call upon to cover any missed projections.

“When you look at any long-range plan you’ve got to look at where you will be at the end of the project,” he said.

“There will be intermediary steps but it’s where you will be at the end of the project.”

Rue said that the project would land “within a [cost] range of $46-56 billion and with the volume part of the rollout completed by mid-2020.

“When you look at any individual line item over multiple years there’ll always be variations,” he said.

“When you lay out a long term plan a contingency is in place for things that move within year by year. “What’s actually important is where you end up.

“The way you must look at this is how much the build of NBN cost over a period of time and what’s the timeframe in which the build will be completed.