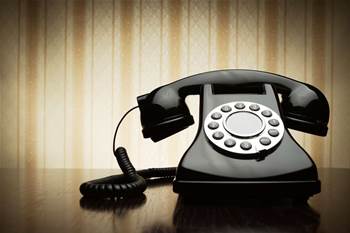 NBN Co has revealed plans to automate user authentication for voice services in the coming weeks, in an effort to ramp up support for its dedicated VoIP platform.

The National Broadband Network wholesaler, and service provider Primus, plan to test new software based on the TR-069 standard that would allow devices connected to the phone port on a user's network equipment to connect directly to the service provider's billing platform.

It would replace manual XML files currently used by ISPs to authenticate those users trialling the voice-only UNI-V port, which has been in testing since November last year.

Internode product manager Jim Kellett told iTnews that the software update would provide the impetus for service providers to ramp up use of the UNI-V port on user equipment, thus far restricted to trial NBN users.

"Until they get that TR-069 variant up and running, it's done via a sort-of handmade XML file so it's not really scalable," he said.

"We had reservations about launching the product and then within a month or two having to create a new provisioning mechanism for it."

The software update is the first of several expected to be pushed out to customer equipment over coming months that would enable more than the 150 Kbps bandwidth currently available for voice services, and the use of both UNI-V ports on customer equipment.

Demand for greater features on the NBN voice product has been particularly championed by Primus chief Tom Mazerski, who has pinpointed voice services as the single biggest pain-point of the transition to fibre networks.

"NBN [Co] had to build this platform for a lot of different variables, so it's a unique software model," he told the CommsDay Summit last month.

"They're working now to have a new release that will take care of a lot of the following issues that have to do with voice, in which you keep that latency and you can monitor that circuit end-to-end on that voice port. That's the biggest challenge."

NBN Co chief operating officer Ralph Steffens pointed to a need for easy access to voice services over the network.

"We understand that there will be a number of people who only want a telephone service and that we need to offer quality telephone services while making the transition to fibre as easy and straightforward as possible," he said.

But demand for such services could be sparse in the initial stages of the network rollout, particularly in existing built-up areas where copper services will continue providing standard telephony services until 18 months after the NBN has finished rolling out in a given area.

So far, voice-only services are few and far between in the trials sites.

Internode's Kellett confirmed it had no voice-only customers on the network while Primus, which advertises a $24.95 standalone voice product on the network, does not actually offer the service without a bundled broadband product.

A spokesman for Primus would not reveal what demand it had, if any, for such a service.

The wholesale, and subsequently retail, costs of providing such a service are also seen as prohibitive when compared to offering a standard VoIP product over an existing broadband connection.

The UNI-V port offers some benefits over a standard VoIP product, including compatibility with other legacy copper services - such as alarm monitoring - as well as backup power in event of a power failure. The latter feature would only be useful if the phone being used does not require independent power.

Though users are not required to pick the same provider for broadband and voice products over the network, NBN Co does not offer a specific wholesale product for access to the UNI-V port.

Instead, a service provider purchasing access to just the UNI-V port would be required to purchase the basic $24, 12 Mbps/1 Mbps service and an additional $10 product connectivity charge to provide the minimum bandwidth required for VoIP services.

Liberal MP Paul Fletcher has criticised the pricing construct as placing low-income earners at a disadvantage, but it is expected Telstra will be obligated to offer a low-cost offering once copper services are disconnected in a given area.

Kellett said voice-only services remained a point of contention on the national network.

"In averages, it might work out fine - the voice [bandwidth charge] might only be an extra dollar but like a lot of things on the NBN it's going to be a lot of time before those averages kick in," he said.

"It is awkward to try and do a phone-only service - theoretically you could bring it in at $30 but you'd be losing money until the volumes get there."