NBN Co prepares to switch off copper for 19,000 premises 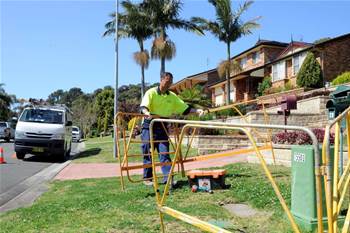 NBN Co plans to switch off copper-based telecommunication services in 15 of the first regions to receive fibre-to-the-premise services this month, alerting 19,000 homes and businesses that the shutdown starts tomorrow.

In late 2012 NBN Co revealed plans to disconnect copper and cable services in 15 areas across NSW, Queensland, Victoria, South Australia and Tasmania as users are migrated off Telstra’s fixed networks onto the national broadband network.

The May 2014 deadline was manually chosen by NBN Co, but future sites will have an automatic trigger set to disconnect the existing networks 18 months after fibre services are available in the area.

Business-grade copper services have a three year timeframe for disconnection after fibre is installed.

The 15 areas scheduled for disconnection of existing landline phones, ADSL internet and Telstra cable services from tomorrow include:

NBN Co chief customer officer John SImon said in a statement the “overwhelming majority” of people in the affected areas had already made the switch to the NBN during the 18 months since fibre services were installed.

Users who had placed an order for an NBN service but were yet to receive it, those that can’t access their specialist service over the NBN, and those in areas only recently added to the NBN rollout region are exempt from the disconnection deadline.

The Australian Competition and Consumer Commission reminded such users that they were provided for under additional safeguards, and should contact Telstra or their chosen service provider to discuss their options.

“The ACCC welcomes Telstra and NBN Co working with service providers with a view to disconnecting services in a manner that reduces the risk of consumers and businesses losing services that they value during migration to the NBN,” ACCC Commissioner Cristina Cifuentes said in a statement.

“Now is the time for consumers and businesses to decide whether they want to continue to use a home phone or fixed line internet service and contact their preferred provider to place an order for NBN services if they do.”

The next stage of copper and cable switchoffs is planned for July.