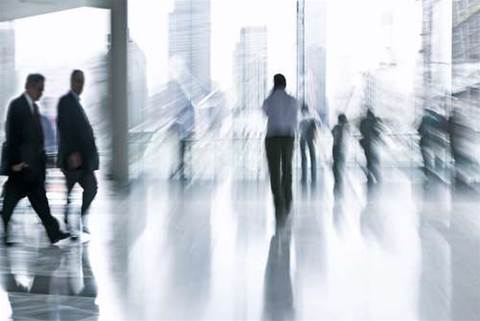 One hour response, 12-hour restoration time to services for $15.

NBN Co has unveiled plans to offer enhanced service-level agreements and speed guarantees from halfway through next year as part of three planned product drops targeting the business market.

The initial business services product, primarily aimed at small and home businesses, would be based on the same wholesale products offered to residents, starting at $24 a month for a 12/1 Mbps service up to a 100/1 Mbps service for $38 a month.

Access seekers would be able to offer longer a service level agreement to these users, providing them guaranteed availability between 7am and 9pm daily.

The longer SLA costs access seekers an extra $15 a user a month.

Telco executives told iTnews they also needed greater detail on the penalties for missing the SLA performance indicators as well.

In addition, the small business service would provide wholesale access to a real-time traffic class for mission-critical applications, including multi-line telephony and EFTPOS.

Committed symmetric speeds of between 150 Kbps and 5 Mbps would be available for these applications in addition to the standard data rates.

An NBN Co spokeswoman said the company would introduce new pricing for the small business wholesale product in coming weeks.

The changes could bring greater increments in the traffic class 1 service, currently priced from $10 a month for a 150 Kbps service up to $334 a month for 5 Mbps symmetric speeds.

“We know that the business market is very important to all of our customers and are keenly aware that this segment represents significant growth opportunities,” business product manager Penny Maher said.

The small business service is the first of three detailed to date by NBN Co and one of several major product drops it plans to unveil before 2015.

NBN Co intends to offer a significantly boosted speed offering to medium-sized businesses in the first half of 2013, with a focus on providing symmetric services up to 40 Mbps and a separate, peak speed capability of burst bandwidth.

The service would also introduce traffic classes that focus on enabling videoconferencing and interactivity.

A third business service providing dedicated point-to-point Ethernet services of up to 1 Gbps symmetric speeds would be offered to large enterprises, with committed bandwidth instead of traffic classes, by 2014.

Some launched, others delayed

However, other wholesale products potentially aimed at small businesses could be delayed.

NBN Co sales director Ben Salmon revealed that while a single UNI-V port would be available from later this year, the second port and “additional UNI-V features” would only be available after further industry consultation expected to occur in the second half of next year.

The SIP-based ports, also based on the real-time capabilities of traffic class 1, would allow businesses to source two different telephony or traditional analogue services simultaneously like EFTPOS.