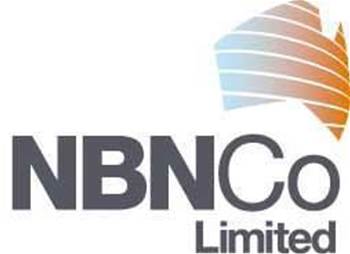 NBN Co has finally revealed the proposed locations for over 200 points of interconnect (POIs) for ISPs, almost seven months after the list was first promised.

The network builder exhibited the detailed list in a public position paper [PDF, page 42] it has submitted as part of a joint public consultation on POI locations it launched with the Australian Competition and Consumer Commission (ACCC) yesterday.

NBN Co said it favoured a "composite approach" for the location of POIs - a model it believed would best facilitate uniform national wholesale prices and not disadvantage potential access seekers.

A POI is a place where two networks interconnect and exchange traffic - essentially the place where NBN Co will hand over traffic carried on its network to the access seeker's [ISP] network.

NBN Co revealed scant details about the locations on a map at a conference earlier this year but has since kept ISPs waiting on where it proposed to locate the POIs.

The locations are crucial to ISP profitability under an NBN, as they determine the cost of interconnecting with the next-generation network.

One option was to locate POIs close to each fibre-serving area (which could aggregate about 55,000 connections to homes and businesses) so that NBN traffic would be handed over to ISP networks "as quickly as possible" - but that would require ISPs to run backhaul out to all these distributed points.

That would not only be expensive for ISPs but provided no guarantee that ISPs would bother to service more remote areas where there was no existing competitive backhaul and where building their own would be uneconomical.

At the other extreme, POIs could be centralised to service a large number of fibre serving areas each.

That would see NBN Co carry traffic all the way to capital cities, lessening the burden on ISPs to buy or deploy extensive backhaul networks to haul traffic vast distances back to their points of presence.

But there were fears that a centralised model could strand existing transmission network assets that had been built up on certain routes over time.

"It is likely that a very low number of consolidated POIs risks stranding existing infrastructure assets and foreclosing the potential for further backhaul entry," the ACCC warned in a discussion paper.

There was a need for a model that balanced the expenses faced by ISPs with the interests of existing backhaul operators.

NBN Co was advocating a mixed or "composite" model where it would build 14 aggregation POIs in Sydney, Melbourne, Brisbane, Adelaide and Perth.

It would then locate up to 195 more POIs in or near areas it termed connectivity serving areas (CSAs) - a relatively new aggregation point in NBN Co's network architecture diagrams.

A CSA, NBN Co said, could consist of one or more fibre serving areas. A POI would sit either at a CSA or above multiple CSAs, depending on where it was needed.

While NBN Co was advocating a composite approach, the Government-funded telco and the ACCC were seeking public comment on the issue and proposed locations.

Responses from the industry were due by November 8.

"NBN Co recognises however that there are many factors that need to be considered in making a decision on POI location, so we are very pleased to be supporting the ACCC's consultation process on this important industry issue," NBN Co chief Mike Quigley said.