NBN Co expects Telstra deal to be signed by Christmas 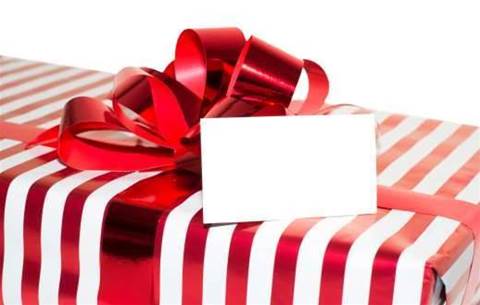 NBN Co expects to have reached a deal to resign its $11.2 billion definitive agreements with Telstra by the end of the year, with the network builder’s chief executive today revealing the two had reached material agreement on the new contract.

The Coalition Government had originally promised to have the historic renegotiation complete by mid-2014, but Telstra boss David Thodey recently said he expected the discussions to continue into 2015.

The signing of the new contract will be vital for the Coalition’s rollout of its new multi-technology mix NBN, which replaces the former predominantly FTTP-approach with a mixture of network technologies - including a larger focus on fibre-to-the-node using Telstra’s infrastructure.

Communications Minister Malcolm Turnbull in February said the deal would be done “certainly by the middle of the year”, but delays in negotiations relating to where the responsibility for certain issues lies; the regulatory issue of the TPG fibre-to-the-basement threat; and the technical guidelines for the MTM, such as who maintains the last leg of copper lines stretched the discussions out.

The ACCC has since ruled TPG’s rollout of FTTB in capital cities was not in breach of NBN anti-cherry picking provisions, while the federal government is planning to force telcos undertaking such efforts to functionally separate their wholesale and retail businesses and offer rival service providers regulated wholesale services.

At the network builder’s first quarter results briefing today, NBN Co chief executive Bill Morrow said the new agreement was “very close to being signed” and the issue now was more around specific language included in the contract rather than any material differences.

He said he expected the deal to be signed before the end of the year, and the following regulatory and government approvals to stretch into 2015.

NBN Co is also working to resign its $834 million (in today's value) contract with Optus for its HFC network, which Morrow expected would be completed at the same time as the new Telstra deal.

“The Optus one is a little bit more straightforward .. but we’re going to want the two done at the same time. If it was just Optus I’d imagine we’d be done sooner.”

NBN Co reported revenue growth of 32 percent to $29 million for its first quarter of fiscal 2015, and a 16 percent boost in serviceable premises to 639,927 as at the end of September. End users with an active service came in 27 percent higher at 266,984.

When questioned on the discrepancy in the amount of serviceable premises compared to those taking up the service - especially given NBN Co’s goal of 70 percent penetration for the 8 million premises to be connected by 2020 - Morrow said the penetration rate within the 15 FSAMs to be switched off copper indicated the “signs were positive” that the company would reach that goal.

He also revealed NBN Co had integrated all its 121 points of interconnect, and expected the remainder of the transit network - which will link all the POIs with 54,000 kilometres of fibre - to be completed this year.

Alternative solutions could be used to fix low speeds

However, NBN Co chief customer officer John Simon revealed those premises were located close to the node - between 300 and 500 metres away - and the speeds fell to around 50Mbps when the premise was located between 700 and 800 metres out.

He stressed it was an “early trial” on a limited number of customers, and NBN Co would be able to achieve a more accurate statistical sample when it commercialises the nodes later next year.

“Obviously as you go further away, the line rate on the copper drops,” Simon said.

Chief operating officer Greg Adcock emphasised that only four of the customers involved in the trial were receiving speeds under 50 Mbps.

“This is a trial and we are learning,” he said.

“We do have an obligation set by the Government that 90 percent of the fixed-line footprint will be at 50Mbps and no-one will be less than 25Mbps,” CEO Morrow said.

“We are working through all of those issues and trying to understand how many homes will fall below 50Mbps and 25Mbps and what alternative solutions we’ll be able to provide them.”

NBN Co reported capital expenditure of $677 million for the period - with a total of $6.3 million so far in the project - and earnings before interest, tax, depreciation and amortisation of $252 million.

Operating expenses came in at $281 million, while the company received $997 million worth of Government funding, bringing its total of the allocated $29.5 billion so far to $9.4 billion.

Average revenue per use grew four percent to $39.