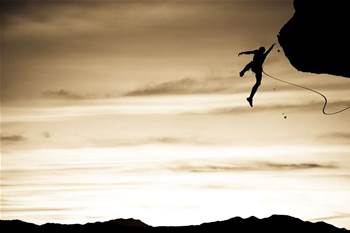 Analysis: Cutting it fine in the race to the line.

NBN Co is facing the very real possibility of missing its revised June fibre rollout targets for built-up areas by as little as a couple of thousand premises, the latest rollout analysis by iTnews reveals.

Buoyant rollout predictions by NBN Co last month had it on course to pass between 171,836 and 185,808 brownfields premises, eclipsing the targeted 155K-175K range.

This was predicated on an overly ambitious rollout program for the month of June, which the company will no longer meet.

The majority of the reduction is due to works previously slated for June being pushed back to July.

This substantially erodes the 'padding' that NBN Co had previously accumulated in its rollout figures.

While the padding it did have somewhat cushioned it from an overly negative impact, there is no more where that came from.

In short, NBN Co can't afford any further slippages for June. It is now firmly locked in a race against time to pass enough premises to meet its revised June fibre rollout targets.

Our methodology for the numbers analysis changed little from last month. You can see a chronology of our previous calculations here, but effectively we use our own baseline for premises passed up to March 31, and Ready For Service numbers — actual and predicted — to come up with a premises passed number for the current quarter.

A minor change is the baseline number that signifies NBN Co's rollout progress up until the end of March. A fresh release of data, and some further cross-checks, enabled iTnews to reverse-engineer 63,583 premises from NBN Co's official statistic of 68,200.

NBN Co has made it clear it won't be providing any official numbers for premises passed between April 1 and June 30, until at least the middle of next month.

"It is expected that the data wil (sic) be ready for publication on or around mid-to-late July 2013. At roughly the same time, this information should be made publicly available on NBN Co's website," the company indicated in a FOI request last week.

NBN Co attributed the delay in publishing official numbers to an "external review" that is to vet the figures for quality assurance purposes first.

In the meantime, interest in how NBN Co is tracking towards its revised June targets remains high enough to justify an update to our rolling progress analysis.

Read on for a full deconstruction of how the latest brownfields and greenfields data impacts NBN Co's ability to achieve its June targets.