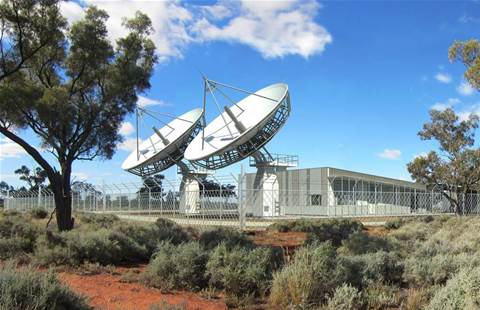 A render of an NBN satellite ground station.

Plays to history at Carnarvon.

NBN Co has decided to build a satellite ground station near a former tracking station that was involved in NASA's Apollo Moon project.

The Shire of Carnarvon Council has approved negotiations for the sale of land adjacent to the former Overseas Telecommunications Commission (OTC) satellite earth station.

The station provided mostly communications support for NASA's own tracking station, located about five kilometres away.

Construction on the NBN Co satellite ground station is due to begin next year.

"The new NBN ground station is set to give Carnarvon an economic boost, which is great news for the area and an important initiative that has actively been pursued by Council staff," Carnarvon Shire President, Karl Brandenburg, said.

The Carnarvon site is one of three chosen in Western Australia to host NBN ground facilities.

A further two ground stations are to be built at Moonyoonooka, about 13 kilometres east of Geraldton, and at Binduli, which is 11 kilometres southwest of Kalgoorlie.

All three locations were known to be under negotiation for several months.

The regional investments by NBN Co were welcomed by the respective councils.