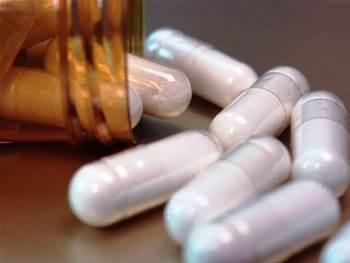 The Australian Health Practitioner Regulation Authority has been urged to apologise to medical personnel affected by technical hiccups during the launch of the national registration system, a database of registered medical professionals.

The recommendation was made by a Senate committee in a report [pdf] handed down late Friday, in which the Coalition held a majority of seats.

The committee's lone Government Senator disputed the report's scathing conclusions, which labeled administrative problems with the scheme – many appearing to be related to IT systems or data integrity – as "unacceptable" and "deplorable".

"The Coalition senators on this committee make much of the transitional problems of implementing the national registration scheme for political purposes only," Labor's dissenting report stated, claiming there was "strong support" for the scheme in the industry.

The AHPRA welcomed scrutiny of the "early implementation" of the scheme and that it was "pleased that the inquiry did not identify any new issues that were not already being addressed."

The AHPRA's national registration system was based on Eclipse's Pivotal 6 CRM software under a deal announced in August 2009.

National registration brought together a number of previously state-based schemes.

Data for over half a million practitioners had to be cleansed and migrated from these state-based databases into the single national system.

A series of teething problems with the national scheme were revealed by the committee, ranging from long processing and administrative delays that saw some practitioners become deregistered (despite lodging forms and paying fees months in advance) to claims that AHPRA was hard to contact to rectify issues.

Deregistration meant that patients could not claim Medicare benefits for a visit to the practitioner.

It also created a potential issue with the practitioner's professional indemnity cover, which could limit the insurer's liability in situations where the practitioner was found to be practicing medicine while unregistered.

"The committee is dismayed that practitioners have been exposed to possible legal liability as a result of AHPRA's administrative incompetence," the report said.

"Not only does this situation put practitioners and their practices/employers at risk, it also puts patients at risk, and the committee considers this an unacceptable situation."

AHPRA said it had taken a number of steps to address problems identified in the administration of the scheme.

"We have invested substantially in a program of work that we call 'business improvement', led by a national director, focusing on issues such as making sure our IT systems do what they need to do to support the work," AHPRA chief Martin Fletcher told the committee last month.

The Department of Health and Ageing had also offered support on some of the technical issues.

"Medicare has offered, free of charge, to pick up call centre overflows, but I understand that offer has not yet been taken up because AHPRA has put in place management arrangements to look at managing call flows," the department's acting deputy secretary Kerry Flanagan told the committee [pdf].

"[Another] thing that we are discussing with AHPRA is around the integrity of their IT systems.

Concerns were also raised over the amount of seed funding committed to AHPRA.

A member of the Forum of Australian Health Professions Councils noted that "for those of us who worked.... in IT systems before", the seed funding "would probably not even cover the costs of IT consultants doing this sort of development work".

AHPRA was accused of under-estimating the complexity of the task before it in setting up a national registration scheme.