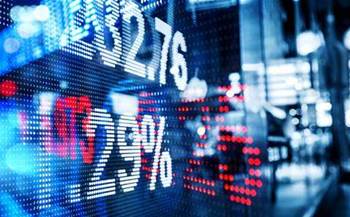 Nasdaq will house part of a global machine intelligence innovation lab it is building in Sydney.

The stock exchange and service provider to capital markets revealed last week that it will hire “some” data scientists in Sydney to work out of a new lab environment.

Australian recruitment advertisements share some of the same initial projects as similar roles advertised in Boston, which identify the lab’s purpose as machine intelligence.

The projects include developing a “data ingestion and normalisation framework that can collect and process data from hundreds of sources daily (and in real-time)”.

US advertisements also emphasise the lab’s role in converting analytical processes developed by data scientists into products; Australian ads say the lab’s outputs will underpin Nasdaq’s “next generation of data products for trading and investing".

Nasdaq has been ramping up its machine intelligence capabilities over the past six months.

It launched a new product set in November last year designed to "help traders better understand how they perform in the market, how the market behaves, and how they can adjust their strategies to be more successful”.

CEO Adena Friedman backed machine intelligence as “the one technology that I think will change the industry the most” at a Goldman Sachs event in January this year.

“Our goal is for machine intelligence to permeate each of our business lines,” O’Rourke told Nasdaq’s own Market Insite publication.

“We want to make every one of Nasdaq's businesses better and smarter by providing them with richer data and better insights.”

O’Rourke said cloud computing had made machine intelligence more accessible, and this was being reflected in broader plans and deployments outside of companies that traditionally have deep enough pockets to use it.

Nasdaq in 2015 used AWS RedShift and other cloud services to consolidate data from disparate systems into a single "gigantic data set".

“For example, [machine intelligence is now] gaining deeper penetration at exchanges and clearing houses, which are using it to increase operational efficiency, create richer data products and provide better services to the market,” O’Rourke said.

O’Rourke said he was hopeful of creating “context-aware” computers that enabled users to “simply input their intent, and the machine does the work”.

“You're going to see a flip from where humans adapt to the computer to get information, to where computers now adapt to us in order to provide more relevant data,” he said.

He also predicted that “prescriptive analytics” would emerge to help traders and others “predict what will happen, and importantly, how they can take action to capitalise on future events”.