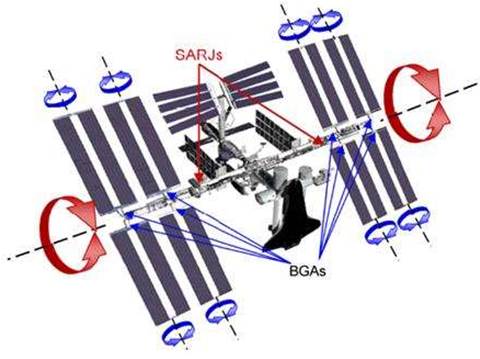 The United States National Aeronautics and Space Administration or NASA has set up a competition to help make an aspect of the International Space Station (ISS) work more efficiently.

Called the International Space Station Longeron Challenge, the competition aims to solve a problem for NASA: namely how to position the solar collectors on the satellite so that they generate the maximum amount of power during difficult orbital positions.

Competitors are asked to come up with the best angular position and speed of the solar collector assembly on the ISS during the 92-minute orbit around the Earth, and can even adjust the orientation of the entire station by a small amount.

A computer assisted design (CAD) model with a simplified geometrical model of the ISS will be provided for entrants, although it is not necessary to use it.

US citizens and legal residents of the country can enter the competition. However, the rules specificially ban residents of Iran, Cuba, North Korea, Sudan or Syria from entering, allong with denizens of Quebec, Canada.