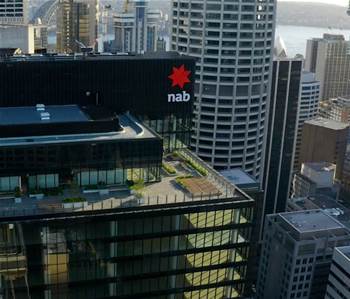 NAB’s chief privacy and data ethics officer of over two-and-a-half years, Stephen Bolinger, revealed overnight he is leaving the role and “relocating back to London” at the end of next month.

In a LinkedIn post, Bolinger pointed to a job advertisement for his own role and encouraged prospective applicants.

“I’ll be relocating back to London at the end of August and NAB is actively recruiting for my replacement,” Bolinger wrote.

“This is a fantastic team in an organisation that not only gets privacy and data ethics, but has built it into its daily operations and sees it as a strategic investment.”

Time was also spent developing and delivering privacy training and awareness in the bank, and generally “maturing privacy operations”, including privacy assessments and developing a “comprehensive data breach response plan”.

NAB's chief data and analytics officer Christian Nelissen said Bolinger had helped the bank to "take a significant step forward in thinking about the evolving privacy and data ethics landscape, and how we need to drive that from a customer lens."

"Stephen is a respected industry leader who plays an important role in the regional privacy community," Nelissen told iTnews.

"Although we recognise his desire to move back to the UK for personal reasons, he will be sorely missed.

"Given our desire to be at the forefront of these topics in Australia, we are actively working to recruit someone of similar calibre to replace him.”

Bolinger said he was grateful for his time spent at the bank.

"It has been a privilege to lead NAB’s dedicated, capable, and award-winning team of privacy and data ethics professionals," he said.

"I see NAB at the forefront of privacy and responsible data use among Australian corporates and I am confident that NAB will continue to stand out on these topics. ”

Bolinger joined NAB at the start of 2020 to lead the establishment of a global privacy office.

Before that he was the chief privacy officer at Cochlear.

As in other regulated domains, the privacy function at NAB - under Bolinger's lead - repeatedly looked to Europe as the benchmark for future privacy standards in emerging technology areas such as artificial intelligence.