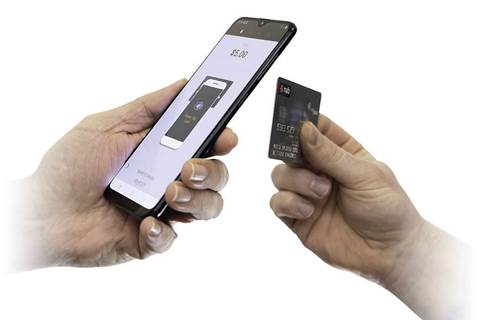 Could the days of the humble counter-top payment terminal soon be numbered?

That’s the question more than a few retailers are likely to be asking after the National Australia Bank (NAB) and veteran point of sale provider (PoS) Quest Payment Systems revealed a new trial in conjunction with Visa to turn Android handsets into mobile payment terminals.

It’s a sign that payments hardware manufacturers – think Hypercom and Ingenico – are now increasingly looking to bypass manufacturing dedicated payment products if favour of heading straight to the secure software layer, especially now that many handsets are equipped with to read NFC taps.

Under the deal with NAB, Quest – which is Australian owned and headquartered in Melbourne – will get to put its tap payments acceptance software onto Android handsets that then port back to NAB’s merchant acquiring services.

(Quest says solution will initially be available on Android devices only “as Apple do not make the required contactless interface available to developers” though it will support Apple devices through the addition of a Bluetooth payment terminal.)

While retail acquiring has long been one of the most challenged segments of the payments market, especially as transactions head online, the movement of payments to phones has created an opportunity for traditional players in the smartcard space to lose their hardware overheads.

“Currently, there are limited options for merchants such as market stall vendors, boutique retailers, sole traders and start-ups to accept payments other than cash.”

Kerr reckons that NAB has “heard loud and clear from our customers that they want access to payment technology without the additional hardware associated with a traditional POS terminal.”

The market, as NAB sees, it is the “gap where businesses aren’t big enough to need a POS terminal but are established enough to accept contactless card payments.”

There’s also a surge factor, with merchants being able to add additional phone terminals in peak periods like Christmas. It’s also a no-brainer for hospitality, because table service payments can unwire for a low cost.

The cost of terminals, either bought or rented, has long been a barrier to entry for many smaller merchants and mobile traders because of the hardware and communications costs of dedicated machines that are usually fitted with printers.

Mobile payments specialist Square was an early mover in the mobile payment acceptance space, especially for small businesses and sole traders that could justify the cost of a full bank acquiring account and associated merchant service fees (MSF).

NAB and Visa are now going after that ground, especially as consumers increasingly default to tap payments rather than cash for small ticket payments.

But there are some important caveats, especially as this is still just a trial.

The biggy is the cap on transaction value that’s been dialed-back to a modest $100, the threshold at which contactless payments require a PIN number to be entered. NAB confirmed to iTnews the $100 limit is there to bypass the need for PIN entry, and this is where the messaging gets interesting.

The big sticking point for banks and card schemes like Visa and Mastercard is that they’ve spent years educating consumers to keep their eyes open on what and where they’re, with the general idea being consumers need to see the amount authorised and their card (or phone) not needing to leave their hand.

And because there’s plenty of malware out there – even merchant payments terminals can be compromised with firmware hacks – there’s been some reticence about consumers entering a PIN into a handset that’s acting as a terminal.

NAB and Quest don’t yet seem to have made the leap of faith to let PIN numbers be entered onto handsets, a hesitancy that will necessarily limit the functionality and uptake of the new software.

Even so, Quest is pushing the trial as a significant innovation that show’s its adapting to consumer and merchant preferences rather than sticking with legacy technology like erstwhile predecessors like Keycorp.

“Although we don’t see this technology replacing physical payment terminals tomorrow, the transition to software based payment solutions will progress over the coming years,” said Quest chief executive Jan Mason.

“In some ways we are disrupting our own business model,” Mason said.

“But the reality is that we need to keep evolving to ensure we are able to meet our customers and banking partners where they want to transact. More and more transactions will require on-the-go solutions.”

NAB has not yet provided a timeframe for the duration of the trial or set out what merchant costs will be.