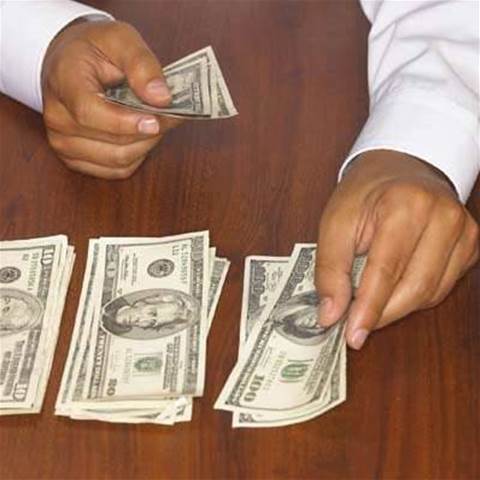 NAB's $50 million innovation fund, NAB Ventures, has led a US$24 million (A$31.6 million) funding round for US-based remittance start-up Veem, in an effort to snatch more of the foreign exchange payments market.

Veem was formerly known as Align Commerce, but rebranded today.

The start-up's proprietary platform - which is targeted at small to medium businesses - sits on top of existing systems used to transfer payments across borders, such as the widely-used SWIFT system.

It looks at the various channels in which money can be moved and selects the fastest and cheapest option. Veem charges a flat US$15 fee to receive payments.

What makes the platform notable is its use of "alternative rails" for its underlying infrastructure - initially built using blockchain technology, and today combining blockchain with more standard financial rails.

"Cross-border payments is a US$25 trillion market. SMBs represent US$6 trillion of that but pay US$50 billion in fees due to an antiquated wire transfer system that is cumbersome to use and provides little visibility into the status of transfers," Veem said in a statement.

"These complexities and uncertainties make the international payment experience difficult for busy small businesses. Veem’s platform provides SMBs with an end-to-end payment experience that is simple, trackable and integrated into the rest of the businesses’ processes."

NAB's investment in Veem will help it expand its business into more markets like Australia. It is currently active in 60 countries.

NAB Ventures general partner Melissa Widner will join Veem's board as part of the funding round.

The bank was joined by Google Ventures and Japanese technology giant Softbank in Veem's series B round. Specific investment amounts were not disclosed.

It represents NAB Ventures' third equity pledge since the bank launched the innovation fund in 2015, following injections into Data Republic and MediPass Solutions.
Got a news tip for our journalists? Share it with us anonymously here.