NAB dreams of ditching its dashboards 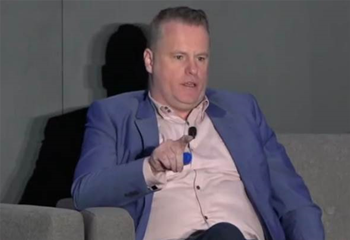 Wants to let all 35,000 staff search data directly instead.

NAB is starting to replace dashboards used by its 35,000 staff for business and management intelligence (BI/MI) with a search engine that can be used to question data.

The bank is two years into a program of work that uses relational search engine technology by ThoughtSpot to let staff find insights in data more quickly, rather than having to wait months for a dashboard to be developed.

Head of enterprise cloud reporting Cameron Currie told ThoughtSpot’s Beyond.2019 conference in the United States last month that over the years, NAB had wound up with “every single BI product that was ever invented.”

“We’re going through a phase of really trying to get very lean in terms of what we use,” Currie said.

“We made the choice consciously to say, ‘We don’t want to build centralised dashboarding in one big team that sits very far away from the actual customer’.”

One of the goals of the program, aside from slimming down the BI portfolio, is putting insight into the hands of frontline staff and business bankers much faster.

Currie said his team, which sits in IT, currently averaged “between three and 12 months to build anything, and that’s far too long.”

The bank has big plans for ThoughtSpot.

To date, however, the bank has “started small” with the number of users it has invited on.

One of the reasons for this is that the bank needs to get staff comfortable with the new platform and in how to get the most of it.

NAB also needs to make sure the underlying data is clean and conducive to be easily searched.

“One of the learnings for us is that when you take away a dashboard that you send to somebody, it means that they have to now think about what question they had to ask of their data,” Currie said.

To make that simpler, initial uses of ThoughtSpot focus on widely understood domains in the bank, such as “revenue and balance sheet down to a customer level” - something “a large cohort of the 35,000 [staff] understand.

“Once you take the dashboard away and ask them to start having to [ask] questions, they at least know what kind of questions to actually start to ask,” Currie said.

The underlying data also needed to be cleansed, prepared and organised in such a way that the search experience was “simplistic”. But this task was anything but simple, Currie said.

“We’re still not there yet,” he said.

“We found that we would build a nice model [in ThoughtSpot] and it would be quick, but then you’d have to type in seven keywords [to find what you were looking for], and that’s far too many.

“You’d almost have to know the syntax, so then we’re getting back into sort of SQL language type stuff.

“So it’s just a learning for us around how can we model it so it’s so efficient that someone can get an answer with two or three keywords.”

Despite the challenges, Currie believed NAB was on the right path - and that BI/MI dashboards, as they are today, would eventually cease to exist.

“I don’t think dashboarding [as] it is done right now will exist,” he said.

“I think everybody’s trying to move now to search, so that’s going to cause us to rethink a lot of the stuff that we’ve done so far.”

He continued: “I think where we’re going is we have this mindset at the moment that you can take six months to build something and then if someone uses it once then it’s a failure.

“There’s probably two things wrong with that statement. One, we should never take six months to build anything, and two, if someone uses something for five minutes, that’s a good thing.

“I think the days of us building these monolithic dashboards that people look at half a dozen times and then don’t look at ever again hopefully will be over.

“I really want to serve up smaller, bite sized pieces of data that people absorb and then move on.

“We want to be a lot more agile and nimble around how we do that, and obviously Thoughtspot helps us greatly with that vision.”