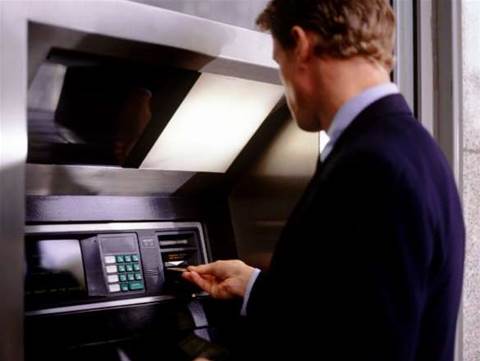 “The major benefit of this contract is that we [NAB] will now be providing our customers with a much more reliable and functionally-rich ATM network. It’s enabling us to see the ATM channel being more than a place where people get cash from,” he said.

NAB’s ATM upgrade, which is expected to be completed in September, will also introduce for the first time in Australia a fleet of NCR SelfServ ATMs that Gibbons said will improve ATM uptime and offer advanced functionality for customers.

Some of the new functionality will include the ability for customers to participate in Intelligent Depositing – a feature of the NCR SelfServ ATMs which let customers immediately process cheques and cash deposited at ATMs.

The usual practice of depositing cash or cheques via ATM usually involves a lengthy process delay, but Gibbons said the new machines will eradicate this wait.

“The trust factor which is lacking with an envelope deposit is also overcome,” he said.

The new ATMs will also feature self-healing capabilities that allow the machines to reboot automatically if a power outage occurs or notify staff if restocking of receipts is needed.

“The biggest benefit of these ATMs, from a consumer point of view, is availability. The self healing capability increases the availability of our ATMs so any minor incident which might otherwise cause the ATM to be unavailable, can be restored very quickly now.”

Although only fifty of the SelfServ ATMs will initially be deployed at NAB capital city branches, Gibbons said there were plans to introduce more when current ATMs reached their end of life.
Got a news tip for our journalists? Share it with us anonymously here.