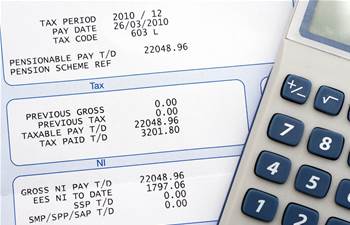 NAB business customers say they have been unable to process payroll or perform other routine banking tasks due to an all-day outage of the NAB Connect business banking internet service.

Business users took to social media to seek information on the outage, which appeared to have started first thing this morning.

Several customers said on the bank’s Facebook page that the outage had left them unable to process payroll.

Other customers told iTnews they had been unable to pay suppliers or to bill customers via direct debit services due to the outage.

The bank said it was working on a resolution as a “high priority” but is yet to provide an estimated time for the return of the service.

“We’re aware that our business customers are having trouble logging into NAB Connect,” the bank said in a brief statement.

“We’re sorry about this and we’re working to fix it ASAP.”

A NAB spokesperson told iTnews that the service had been "intermittently unavailable today" and did not provide a timeframe for restoration.

Update, 6.46pm: A NAB spokesperson said that services "are now coming back online".

The bank said via Twitter that "payment cut-off times have been extended to 7:30pm AEDT and some NAB Connect payments have now been processed."

No reason was provided for the outage.