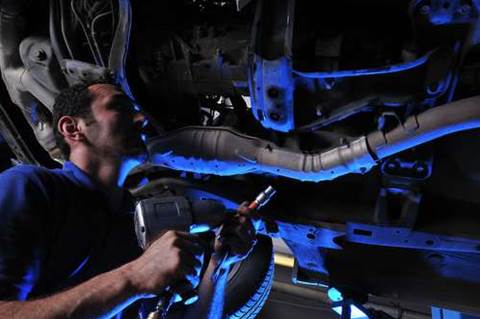 First offical head of IT since coming under new ownership.

mycar has found a new head of IT to drive its digital capabilities further by the end of 2021.

Michael Berkovits announced he had joined automotive service mycar via LinkedIn, posting that “the business is at an exciting time as it gathers forward momentum on its growth roadmap.

“Its been a long haul but I've finally received the green light to share that I've recently joined the mycar team in the role of head of IT," Berkovits wrote.

“I look forward to assisting in driving and accelerating the push further into e-commerce and ratcheting up our digital customer engagements in order to turbocharge the experience our customers have online and instore.

“I'll be steering our dev, support and delivery teams on our journey to ensure we deliver services and applications across the business that are fully aligned and that fuel innovation, and I'll be making sure there is enough oil in the gearbox to reduce friction that can too often put the brakes on business planning and growth.”

Berkovits is the first permanent head of IT at mycar, formerly known as Kmart Tyre & Auto Service, since its acquisition by German automotive manufacture Continental AG in 2018.

Berkovits took over from interim head of IT Chris Stanley, who looked after the project office and IT until the department became fully established following the rebranding.

Reporting to mycar managing director Adam Pay, Berkovits believes his experience working in retail IT helped him win the role as owner Continental AG looks to shift its focus from manufacturing to e-commerce.

However, the real driver for the digital push is mycar, which is “firmly committed” to e-commerce investment as it looks to accelerate projects that promote online engagement such as a customer data platform and marketing promotion engine, Berkovits told iTnews.

A connected stores project that networks all 260 stores nationally should be completed by the end of the year.

Information gathered from devices used by mechanics will be consolidated into a centralised system, Berkovits said.

“We're collecting so much data from our customers about their cars and about their usage," he said.

“We want to just be able to use that data to service them better.

"We want to be able to say, 'We know you've driven a certain amount of kilometres, here's a deal for you where we can service your car or [give you] a deal on tires or something like that.”

Berkovits said mycar is also creating efficiencies in its call centre, and is building out a customer data platform that will act as a customer relationship management (CRM) engine.

Customers will soon be able to book online for a larger variety of auto services. Berkovits hopes to trial this capability by the end of the year.