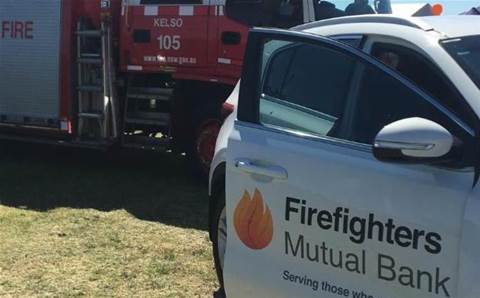 Australia’s wide spectrum of small and member owned banks have wasted no time in turning technologies like API's, mobile and the new payments platform to their direct advantage as they move to out pace and outmanoeuvre big institutions.

Firefighters Mutual Bank general manager Jim O’Connell told iTnews that his team recognised years ago that mutual banks’ smaller customer base and refined service offerings meant they had a relatively simple IT environment that could easily accommodate mod cons.

“I think just being smaller you can roll it out a bit quicker across the whole organisation, and we probably have more of a single customer view than the bigger banks who may have some legacy system issues,” O’Connell said.

“Some of the initiatives in recent years, we were very quick on Apple Pay, Google Pay, Samsung Pay, making sure that we’re up to date from day one with things like the New Payments Platform that came in earlier this year, making sure that our mobile app is able to do what our members expect it to do for them.”

He added that, with only 7,600 members, the bank had to make sure the newest technology was available to those consumers as soon as it became available on the marketplace - they just couldn’t afford for them to be picked off one by one from attractive offers from competitors.

The bank’s profits also go directly back to members, rather than third-party shareholders. So investing in features customers will actually use, rather than worrying about shareholders baulking at the prospect of an extensive IT project, is in the bank’s best interest.

As a result, FMB has been heavily investing staff and resources to making sure they could identify and deliver the tech that customers want early, and set about simplifying its core structures so that new platforms and services could be easily plugged in over the top.

So while the big four are still grappling with the new open banking regime, New Payments Platform and mobile wallets, Firefighters Mutual was ready to plug into the NPP on day one.

O’Connell said that the adoption of the NPP and mobile wallets like Apple and Google pay have so far gone seamlessly thanks to the digital team’s determination to integrate the platforms.

Part of the success can also be attributed to the bank’s 2016 merger with the Teachers Mutual Bank, which O’Connell said gave FMB the backing it needed to undertake more ambitious projects with confidence.

“One of the reasons we actually did merge with them was to allow us to have the infrastructure for that extra technology to be able to be done and knowing that the investment would be there in technology, not only upfront but also on an ongoing basis as new platforms are being developed.

“Even the NPP, the Pay ID stuff is all still developing and there’s going to be exciting new features coming through for that in years to come,” O’Connell added.