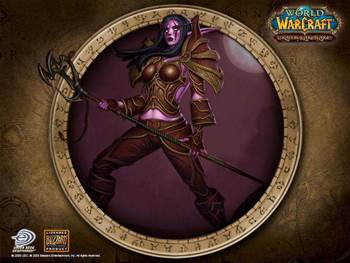 Dr Simon Bradford and Nic Crowe, of the UK's Brunel's School of Sport and Education, conducted a three-year study into 13 to 16 year-olds playing Runescape, a game with over nine million users worldwide.

The researchers concluded that online gaming enhances, rather than constricts, the imagination of young people.

These virtual worlds offer an opportunity to experiment with different identities such as gender, race or ability, and enable gamers to benefit from opportunities that they may not encounter in the real world, according to the study.

"Virtual environments, like Runescape, form important new leisure spaces for the many young people who occupy them," said Crowe.

"In the real world, where streets or town centres have become inaccessible to many young people, or are considered risky or unsafe by them or their parents, it is not surprising that virtual public spaces have become increasingly attractive as a leisure setting.

"Our research explored how Runescape's appeal lay in the provision of an environment in which young people can experiment symbolically with the cultural institutions and structures of the material world.

"Young people can establish their presence, identity and meaning in ways that might not be accessible or permissible in their everyday lives."

Runescape is one of the most accessed and popular of the virtual worlds, particularly among people aged 11 to 18.

As in the material world, interactions between players are framed by the environment and life is determined through the social practices of those involved.

Gamers can act out different subject positions and experience identities beyond their own material identity. They can also concentrate on particular characteristics that they may not be able to express in the real world.

"We met many players taking part in online role playing, sometimes to extend or to compensate for experiences in the real world," explained Dr Bradford.

"For example, young people whose parents could not afford a summer holiday enjoyed virtual holidays online, hanging out with friends, visiting beaches and going to clubs at night to meet new people."

But these new virtual spaces are not simply about leisure, according to the research, as opportunities exist to develop and extend key learning skills outside the realm of formal education.

"We noted how entrepreneurial young players engaged in business deals online, experiencing positive opportunities often not open to them in the material world," added Dr Bradford.

"At a time when emerging technologies such as the internet, and computer games in particular, continue to be the subject of suspicion and concern it is important that we recognise the benefits an increasingly popular and important activity for our young people."

The research ties in with a recent report from IBM which looked at the role of online multiplayer games in grooming future business leaders.

Crowe and Dr Bradford are hoping to continue their research into gaming and are planning to look at behavioural differences by gender as their next key area.
Got a news tip for our journalists? Share it with us anonymously here.
Copyright ©v3.co.uk
Tags:
arebrunelclaimsforgoodhardwarekidsrpgsstudy