MP: 4G auction is a greedy grab for cash 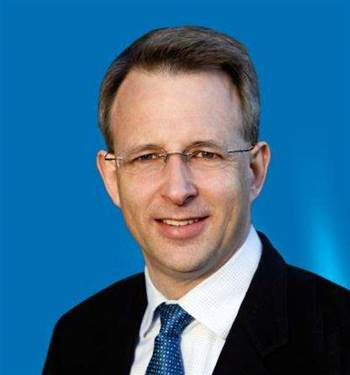 Opposition MP Paul Fletcher has penned a damning critique of the Australian Government's 4G spectrum auction, claiming that the reserve prices reflect a desperation to achieve a budget surplus at the expense of sound policy.

The full text of his column is provided in full below:

The Rudd-Gillard government has badly mismanaged fixed broadband policy: after five years and several billion dollars of taxpayers' money, as at October 2012 fewer than 7000 customers took a fibre service on the national broadband network.

It is now taking an equally inept approach with mobile broadband services, with a seriously flawed approach to allocating a big slice of radio frequency spectrum. In 2013 a key piece of spectrum the 700 megahertz (MHz) band is to be allocated by auction.

This will be used by mobile phone operators to deliver the next generation of wireless broadband services so called 4G or LTE ("long-term evolution").

Already, millions of Australians have 3G data services on their mobile handsets, offering download speeds which are typically 2 to 3 megabits per second (Mbps). 4G services are much faster, with download speeds typically between 5 and 10 Mbps (and theoretically the ability to go a lot higher). The amount of data being delivered over mobile networks is exploding. The industry regulator, the Australian Communications and Media Authority, estimates data demand will be 30 times 2007 levels by 2015, and 500 times by 2020.

So the allocation of new spectrum to support these services is critical. Both Telstra and Singtel Optus have launched initial 4G services on their existing spectrum, but the mobile carriers need more spectrum for the big volumes forecast. This means it is critical to get the policy settings right for the auction of the 700 MHz spectrum.

Unfortunately, Broadband Minister Stephen Conroy has made a serious error by setting an unprecedentedly high reserve price for the auction, $1.36 per megahertz per head of population.

This is much higher than the price paid in recent auctions of similar spectrum in other countries.

According to research by Goldman Sachs, the average across eight countries was 80c per megahertz per head. It is also much higher than earlier spectrum auctions in Australia. Conroy's reserve price implies expected proceeds of nearly $2.8 billion; the highest amount previously raised was a bit over $1.3 billion when 1800 MHz spectrum was auctioned in 2000 (albeit for two thirds as much spectrum as next year's auction).

It is clear what has happened: the Rudd-Gillard government is desperate for revenue as its budgetary position collapses, and hence has set a very high reserve price to try to raise as much money as possible. For a government which wants to encourage broadband services, this is a terrible piece of policy. The reason that auctions are used to allocate radio frequency spectrum a scarce, publicly-owned resource is so it is allocated to the purpose with the highest value to the community. Raising money is secondary.

Unfortunately, Conroy has got the priorities reversed and the consequences will be serious. Already, one operator, Vodafone Hutchison Australia, has said it will not bid. Another, Optus, says it regards the prices as unreasonably high and is considering its position. This is a bad sign. The Government itself has said in a statement relating to the auction in February 2012 that "the three incumbents [Telstra, Optus and Vodafone] are the entities most likely to participate" in the auction. Another bad sign is what Conroy has done with the "competition limits".

These are rules that limit the amount of spectrum any one player can buy at the auction. In early 2012, Conroy said that of the 45 MHz available at the auction, a maximum of 20 MHz could be acquired by one bidder. Recently, he increased the maximum to 25 MHz. In other words, as well as setting a high reserve price, he has increased the amount that the dominant player, Telstra, can buy.

Of course, thanks to its lucrative NBN deal with the Gillard government, Telstra is to receive $11 billion so it is well placed to spend up big on spectrum. This is good news for Telstra that should worry consumers: high auction prices mean high capital expenditure by operators, which means higher prices to consumers.

It is the same error Conroy made in fixed broadband, where NBN Co's excessive capital expenditure will need to be recovered through higher prices it charges for services. Australia needs a vigorous, competitive mobile broadband marketplace, with as many players as
possible. Achieving this should be the dominant consideration in setting the auction rules.

Instead, the Gillard government has set rules for the 700 MHz auction which favour the dominant incumbent and which prioritise short-term revenue raising over sound policy design for the long term.

Paul Fletcher is a Liberal MP and former telecommunications executive. This piece was originally posted on Paul Fletcher's website.

Update: This article was amended to correct an error relating to the Goldman Sachs pricing estimates. The original said 800 per MHz per pop. The correct figure is 80c.