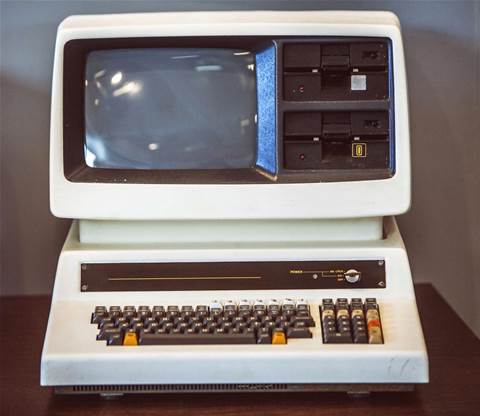 The federal government appears one step closer to committing to a billion-dollar replacement of its core Centrelink payments system, with a major review of Australia’s welfare system today formally endorsing the IT overhaul.

Speaking on the report's findings before the National Press Club, Social Services Minister Scott Morrison strongly indicated he would back the project.

"You can't fix the system if you cant change the engine that drives the system," he said of the 30 year-old "walkman era" technology running Centrelink's Income Support Integrated System (ISIS).

He said the platform - which processes 50 million payment transactions every day - is based on more than 30 million lines of code.

This "tangled web" creates the risk of unforseen impacts to the system every time the DHS needs to change the code base to implement policy reforms, he said.

"If we invest in an updated ICT system we would make the system more efficient right now," Morrison said.

"We cannot send real-time information regarding the processing of a claim to customer's digital account, leading to higher volume of calls as people seek out updates on their claim."

Morrison joins a stream of federal ministers to speak out about the technology, despite no funding commitments being made.

In October last year, then-Social Services Minister Kevin Andrews said he was aware of the “antiquated” system, but would wait until the final report of a large-scale review into the welfare system before deciding whether to proceed with the estimated $1 billion to $1.5 billion replacement.

Morrison this morning published the final recommendations of the review, which described the expensive project as critical to Centrelink's reform agenda.

The review proposed “the most fundamental structural reform of the income support system since its inception”, but said this would not be able to be implemented "without a replacement IT system”.

The review team called on the Government to align the replacement of the system with the implementation of its recommended structural reforms to welfare policy.

It also recommended that the Department of Human Services, which owns and operates ISIS, work with the tax office to integrate its income data on welfare recipients into the new system to reduce the reporting burden.

“The ability to capture and integrate real-time data, particularly income data from the ATO, would significantly reduce reporting requirements for people receiving income support and reduce the likelihood of debts being incurred," the report stated.

“A new IT system would enable greatly enhanced self service opportunities, make change in circumstance updates easier and enable greater use of technology now in regular mainstream use such as downloadable applications."

Morrison hinted an announcement on the ISIS replacement was on its way.

“The Government will consider the report’s recommendations and will make further decisions on these commencing with the 2015-16 Budget, and as part of a longer term vision of Australia’s welfare system,” he said.