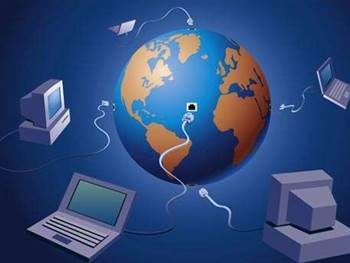 Internode, iiNet and iPrimus have all jumped aboard PIPE Network’s new $200 million undersea high-speed cable, announcing they will use it to route up to 60 percent of their total Internet traffic and increase customer data allowances.

Unveiled yesterday in Melbourne by Communications Minister Stephen Conroy, the Sydney to Guam Pipe Pacific Cable 1 (PPC-1) has been embraced by iiNet, Internode and iPrimus, who have all signed 15 year agreements as Pipe International Foundation customers.

But even though the PPC-1 system is still 18 months away from completion, Australian ISPs are already penciling big plans for the cable. iiNet has announced it will use the new cable to route between 40 and 60 percent of its international bandwidth capacity, while Internode and iPrimus said they would use the cable for about 40 percent of their total traffic needs.

For iiNet, this will all come at a 15 percent total cost reduction for its international bandwidth costs, according to its CTO, Greg Bader. While Internode and iPrimus did not explicitly detail their expected savings, both ISPs agreed that the savings would be “significant” and would flow on to their respective customers.

"PPC-1 will give us more control over our product and cost base and will give us the ability to now differentiate and innovate," Bader said.

How those savings emerge though, remains to be seen. While the above-mentioned ISPs agreed pricing for plans may not be reduced, Internode, iiNet and iPrimus said that customers would be given more “bang for their buck” in the form of greater data allowances.

“The PPC-1 will significantly reduce the cost of data for us and therefore for our customers,” said iPrimus CEO Ravi Bhatia. “Use of bandwidth intensive application has led to customer data usage growing by about four percent per month, so if we can maintain the prices in the face of higher data usage it is in effect a price reduction.”

“We expect this to lead to increases in value for the regular punter, where 'value' here is 'gigs for money',” he said. "[Although] the total expenditure of Internode will rise with the addition of PPC-1 to our circuits in use - however, the 'bang for buck' will significantly improve, meaning that we expect to be able to return additional value to our customers by expanding their download quotas for the same monthly expenditure."

He said increased competition in Australia’s international cable arena would also assist in breaking up the cable duopoly maintained by Australia-Japan Cable (AJC) and Southern Cross Cable (SXC), both which are partly owned by Telstra and Optus respectively.

"It's not about capacity, it's about competition," Ernst said. "Look at the discount airline model. Australians didn't benefit much from competition when there were only two major airlines. Just like new players in the airline industry, we aim to be the disruptive force that changes the market."
Got a news tip for our journalists? Share it with us anonymously here.