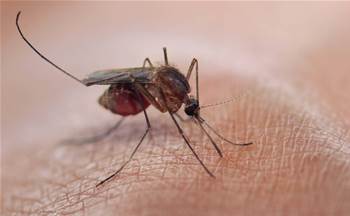 Researchers at Monash University have recently tested a cloud-based platform for malaria detection for rapid deployment into remote areas affected by the disease.

Using two portable infrared spectrometers operated from a laptop computer or a mobile phone, the researchers were able to test blood samples from 318 patients presenting with malaria at four clinics in Thailand.

Data from the spectrometers was sent to the cloud for analysis, drastically reducing the need for compute power and analytical expertise in the field.

Of the 318 patients, 151 samples were found to contain the Plasmodium protozoan that causes malaria and 167 were found to be negative - with 92 percent sensitivity (three false negatives) and 97 specificity (two false positives), according to the research paper published in the Malaria Journal.

“The combination of accessibility to mass screening, high sensitivity and specificity, low logistical requirements and portability, makes this approach a potentially outstanding tool in the context of malaria elimination programs,” Dr Philip Heraud from the Monash Biomedicine Institute said.

“Our study shows that ATR-FTIR spectroscopy has the potential to be developed as an efficient and reliable malaria diagnostic tool at point of care under tropical field conditions.”

His colleague from Monash’s School of Chemistry, Professor Bayden Wood added that the low in-field demand on technical capability mean cloud-based screening tools could be particularly effective in developing areas.

“Indeed, the cloud-based analysis implies that health care personnel do not need to be skilled in anything else than collecting blood,” Wood said.

“Once we have optimised the procedure with finger-pricked blood rather than blood collected in tubes, the approach will be even easier to implement.

“The machine can be easily transported in a backpack, and power can be supplied from a portable solar panel, making the penetrance of the system into remote areas feasible.”

Central authorities studying the epidemiology of malaria also stand to benefit from readily available data in the cloud - potentially speeding up the allocation of resources and other strategic decisions.

Spectroscopy’s ability to detect Plasmodium in asymptomatic carriers could also bolster malaria eradication efforts, where seemingly healthy people harbour the parasite and act as reservoirs for the spread of the disease through mosquitoes.

The same technique could also be used for other diseases that have an infrared signature able to be detected through spectroscopy, with work already underway to extend the analysis to viral and bacterial infections, Heraud said.